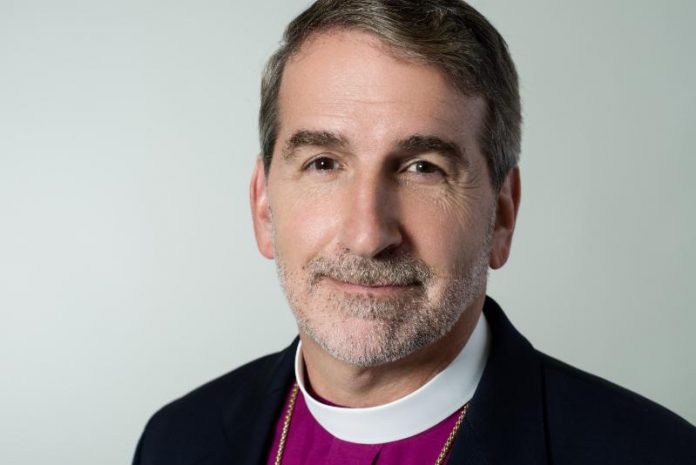 Anglicans have had a rough year, according to Archbishop Foley Beach in in a somber but hopeful address before the Anglican Church in North America (ACNA) Provincial Council, meeting June 23-24 in an online web conference.

There was also positive news: favorable decisions were handed down for the Dioceses of Fort Worth and South Carolina in long-running legal conflicts with the Episcopal Church from which they had disaffiliated.

“God has been using our churches in big ways not only with online ministries, but caring for the needy and those in hard times,” Beach noted.

Much of Beach’s address focused upon racial strife.

“The past few months have not only been pandemic, but pandemonium,” the Anglican archbishop summarized, referencing “evil displayed by fellow image bearers and some police officers in recent weeks.”

Beach referenced hearing louder “cries of grief in our own neighborhoods” and peaceful protests “hijacked by chaos and violence” destroying property, injuring both bystanders and more than 800 police officers.

Bishop John Guernsey, Dean of Provincial Affairs, has been tasked by the College of Bishops to put together a Working Group on Race, Racism, and Racial Reconciliation “to help us talk as Biblical Christians in the midst of a polarized culture.”

“We have failed to fully and thoroughly and deeply address the problem of sin in our hearts, homes, churches, and nations,” Beach diagnosed. Racism, “in its root, it is a sin problem. We need God to rend our hearts as a Church.”

The Archbishop said the Church must acknowledge “systemic sins” but also distance from “those movements that are promoting anarchy, destruction of the family, and the dismantling of our government.”

“It will not be through political parties, rallies, slogans or marches that our attitudes and practices are changed, that the souls of our nations are converted,” Beach stated.

The ACNA saw decline across three objective measures in 2019: membership, attendance, and number of churches. Most of the decline, which staff said “should not necessarily raise alarm,” is attributed to the withdrawal of two dioceses in the Convocation of Anglicans in North America: West and Trinity.

Three CANA dioceses operated within both ACNA and the Church of Nigeria. In 2019, an agreement prompted these dioceses to continue with a single province. CANA East continued as part of ACNA and changed its name to Diocese of the Living Word. CANA West and Trinity (largely composed of expatriate Nigerians) opted to continue as part of the Church of Nigeria. The dioceses remain relationally connected to ACNA through the Global Anglican Future Conference (GAFCON) but their bishops are no longer seated in the ACNA College of Bishops and their clergy are no longer canonically resident in ACNA.

Archbishop Beach did not sugarcoat the loss to the Council: “We felt the sting of division. We have watched some broken relationships go unhealed.”

Adjusting for the two CANA departures, the Province, while still declining in number of congregations (-20), grew slightly in membership (+202) and attendance (+559).

The reported numbers represent the first significant decline in the denomination, which emphasized church plants and adding first-time Anglicans, since it was formed in 2009.

Dioceses reporting significant attendance gains in 2019 included Churches for the Sake of Others (+419), South Carolina (+670), Rocky Mountains (+591) and the Anglican Network in Canada (+319). Declines were reported in the Dioceses of Christ Our Hope (-384), Quincy (-245), Western Gulf Coast (-246), and Fort Worth (-267). A complete chart can be viewed below. (Note that some declines and gains may be partly attributed to transfer of congregations between dioceses.)

Provincial Council includes an elected four-person delegation from each ACNA diocese: bishop, clergy, and two lay delegates. It convenes annually and oversees governance between gatherings of Provincial Assembly, a larger body with representation based on diocesan size.

The Council elected to the denomination’s Executive Committee Albert Thompson of the Diocese of the Mid-Atlantic and Deborah Tepley of the Anglican Diocese of Christ Our Hope in the lay order and Herb Bailey from the Diocese of Pittsburgh and Chris Culpepper of the Diocese of Fort Worth in the clergy order. They will serve three-year terms.