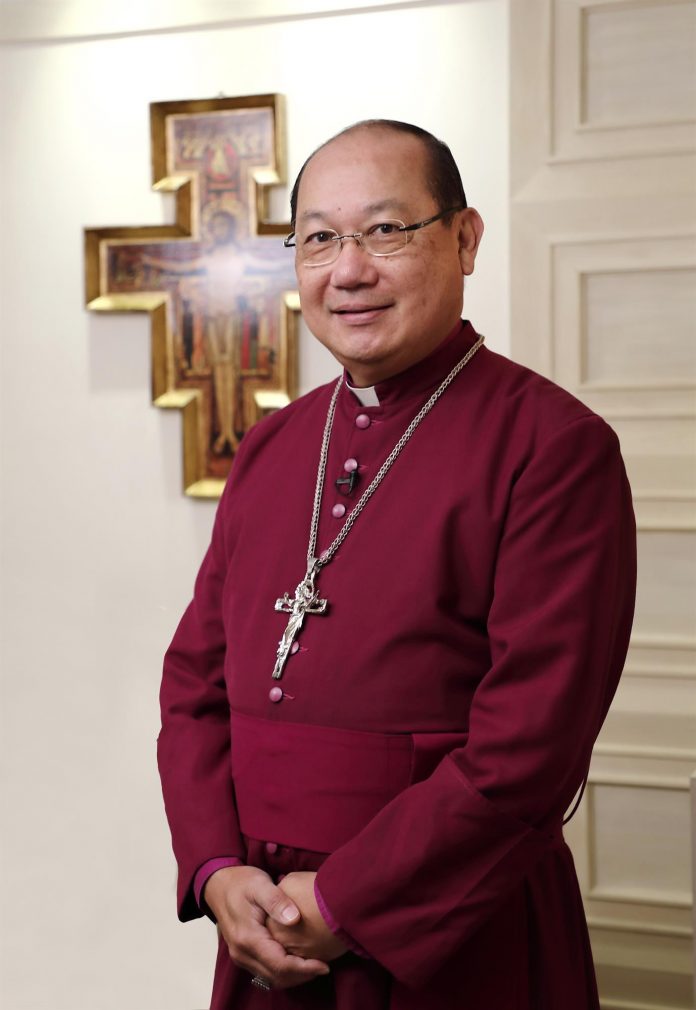 主旨: A Letter to the Archbishop of Jerusalem Requesting to Revoke Peter Koon’s Honorary Canon

Dear The Most Revd Suheil Salman Dawani, the Archbishop of Jerusalem,

May the peace of God be always with your excellency, and the people of Palestine and Israel. For it is written: ‘pray for the peace of Jerusalem.’ (Psalm 122:6) May God lead us to overcome the current pandemic and political chaos all over the world. In particular, we shall remember the churches in Jerusalem, for the church was firstly established by the Lord’s disciples in this holy city. Being the successors of Saint James the Just, the churches in Jerusalem are the spiritual leaders of the global church and should always stand for the justice and peace of God. For this reason, I sincerely ask your excellency to revoke the title of Honorary Canon from Peter Koon the Communist, who consistently disgrace the glory of God and endorse the Chinese Communist prosecutions of God’s people in both China and Hong Kong.

On 27 June 2017, Peter Koon from the diocese of Hong Kong Island, Hong Kong Sheng Kung Hui, was installed as Honorary Canon of the diocese of Jerusalem. The title of Honorary Canon is an appreciation of a senior priest’s life-long ministry in the church. Yet, if the church installed the title to a “priest” who has been serving the Communist regime and rationalizing its humanitarian crimes, the church is de facto endorsing sin and evil. I strongly believe that the installation of Peter Koon to be the Honorary Canon has already disgraced the diocese and revoking his title is the only way to atone the mistake.

Peter Koon is an active pro-China politician who openly endorses the Communist Chinese intervention of Hong Kong autonomy and even actively defames and insult Hong Kong protestors in front of the press. I call him a politician rather than a clergy because he is appointed as the member of the 13th Beijing Municipal Committee of the Chinese People’s Political Consultative Conference and the founding member of a pro-China think tank called Our Hong Kong Foundation. Last year when the Hong Kong government proposed the controversial extradition bill and triggered massive violent clashes between the police and the protestors, Peter Koon supported the bill and argued that Hong Kongese should be obedient to the Beijing atheist regime in order to ask for more freedom. He abused his position as the provincial secretary-general of HKSKH and priesthood by endorsing Chinese Communist government on public occasions. He threatened to punish students studying at Anglican church schools who participated protests for 2014 umbrella revolution or strikes for 2019 anti-extradition bill movement and recklessly said that the idea of Hong Kong independence is against Christian faith.

Most importantly, Peter Koon strongly supported the recent Chinese legislation of national security law. Together with Paul Kwong, he openly asked Christian to obey the government’s will and denounce protestors of being “violent” but ignore the police’s violent crackdown and suspected rape or even murder of activists, not to mention the serious humanitarian crisis in the mainland China, where numerous churches are torn down, and Christian are arrested, tortured and imprisoned. In fact, as a member of CPPCC, together with Paul Kwong, he should be regarded as one of the politicians approving the bill and maybe sanctioned when Hong Kong Human Rights and Democracy Act of 2019 is implemented by the United States.

It is written, “Do not neglect the spiritual gift within you, which was bestowed on you through prophetic utterance with the laying on of hands by the presbytery.” (1 Timothy 4:14) However, based upon the facts stated above, I must conclude that the installation of Peter Koon to be the Honorary Canon of Jerusalem has already disgraced your excellency who have laid a hand upon him, and therefore disgracing the Holy See of the Episcopal Church in Jerusalem and the Middle East, as the world misunderstand that your excellency and the church endorse a Communist “priest’s” collaboration with Beijing humanitarian criminals. To maintain the traditional teaching on justice and peace of one Holy Catholic and Apostolic Church, I strongly suggest your excellency to undertake the actions as follow:

2.          Release an open statement clarifying the position of the diocese of Jerusalem on the humanitarian issues in Hong Kong and China, including:

3.          Suspend communion with HKSKH and request the Anglican Consultative Council to suspend the membership of HKSKH, until the latter removes all anti-humanitarian Communist minister, who are serving the Chinese Communist Party rather than God.

The church’s one foundation is Jesus Christ her Lord, instead of the Communist Party. As Dietrich Bonhoeffer states, ‘Silence in the face of evil is itself evil: God will not hold us guiltless. Not to speak is to speak. Not to act is to act.’ As one of the spiritual leaders of the universal church, the Episcopal Diocese of Jerusalem should speak out the truth. I am forwarding this open letter to mainline Christian media to call for global concern about the current humanitarian crisis in Hong Kong and the collaboration between HKSKH and the Chinese government. Please pray for the justice and peace in Hong Kong, particularly for Hong Kong Anglican Christian, who remains faithful to the Gospel and yet have difficulty in receiving pastoral care from a faithful jurisdiction. I am looking forward to hearing your reply, and I hope your excellency will undertake appropriate actions as early as possible.

PhD in Theology and Religious Studies