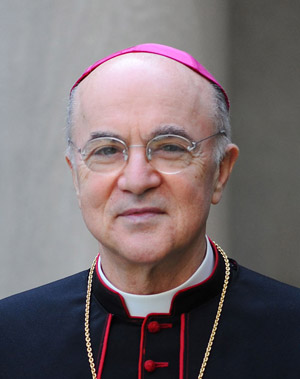 The former papal nuncio to the US writes to President Trump on the spiritual forces at work in the US riots. They are not spontaneous protests he argues, but part of a deeper plan to subvert Western Christian civilization.

“[T]he attack to which you were subjected after your visit to the National Shrine of Saint John Paul II is part of the orchestrated media narrative which seeks not to fight racism and bring social order, but to aggravate dispositions; not to bring justice, but to legitimize violence and crime; not to serve the truth, but to favor one political faction.”