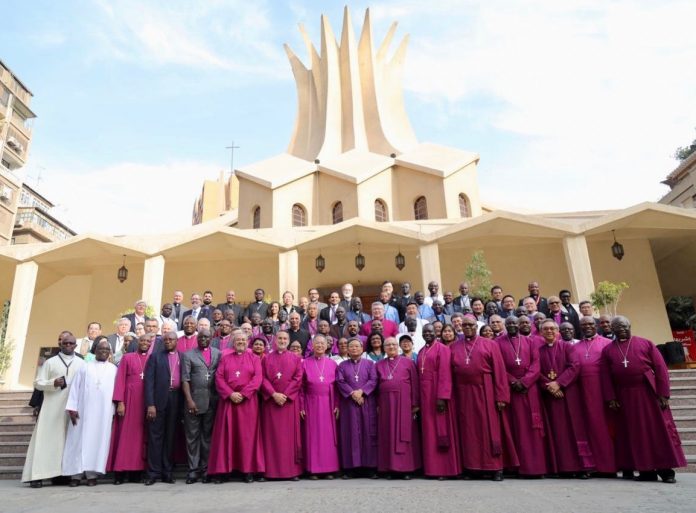 The Provincial Council of the Anglican Church in North America (ACNA) voted on its second day to accept full membership in the Global South Fellowship of Anglican Churches and to embrace a life of full communion as envisioned in the Cairo Covenant. The resolution, presented by Archbishop Bob Duncan and Bishop Bill Atwood, summarized the declarations of the Seventh Conference of Global South Anglicans, which met in Cairo, Egypt, on October 11, 2019. It also outlined the four objectives of the newly proposed covenantal structure: to guard the faith once delivered to the saints; to be effective in fulfilling God’s mission to the world; to strengthen the Global South’s identity, governance, relational life, and discipleship; and to work for the well-being of the global Anglican Communion.  Archbishop Duncan was honored to present this historical resolution on the anniversary of his consecration as the first archbishop of the ACNA. He commented: “As this Covenant becomes the basis of the accountability for orthodoxy, partnership, and mission in the Provinces of the Global South, it will be the most significant development in the history and ecclesiology of Anglicanism since the emergence of the Lambeth Conference in 1867.”  The ACNA has been a partner member of the Global South since 2015, and the fundamental declarations, mission objectives, relational commitments, and inter-provincial structures of the Global South are completely consistent with the provisions of the ACNA’s Constitution and Canons, Fundamental Declarations, and the GAFCON Jerusalem Declaration. The ACNA continues to be committed to mutual accountability and biblical mission among Anglican provinces as remedies for both the ecclesial deficit and the gospel deficit plaguing the global Anglican Communion. All GAFCON provinces have been members of the Global South, and Bishop Bill Atwood stressed during the council meeting that GAFCON’s influence is not diminished by this covenant but rather strengthened and complemented by it. GAFCON’s primary focus remains the address of  the gospel deficit by proclaiming the Good News of Jesus faithfully to the nations, while the Global South’s focus remains addressing the ecclesial deficit by creating enhanced ecclesial responsibility and accountability.

Archbishop Duncan was the Deputy Chair of the global study group which produced the original text of the Cairo Covenant.  The study group was chaired by Bishop Rennis Ponniah of Singapore.  The Rev. Canon Phil Ashey of the American Anglican Council provided the scholarly work on Anglican conciliarism and significantly contributed to the group’s work and final outcome. The resolution was recommended unanimously by the College of Bishops and approved overwhelmingly by the ACNA Provincial Council.

The original posting, along with additional resources on the Cairo Covenant, can be found here: https://americananglican.org/news/acna-provincial-council-council-votes-to-accept-terms-of-the-cairo-covenant/