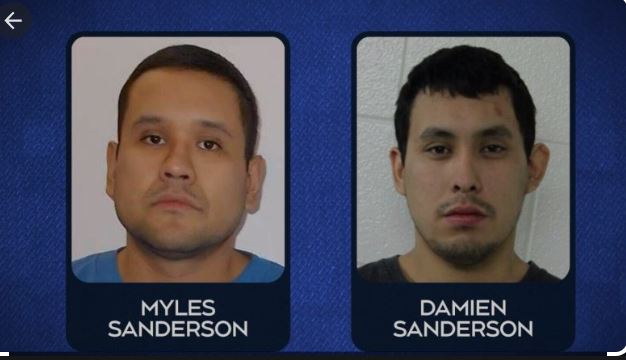 Anglican leaders from Canada and internationally prayed for the people of James Smith Cree Nation and Weldon, Sask. after stabbing attacks on Sept. 4 that rank among the worst mass killings in Canadian history.

At the time this article was written, 10 people had been killed and 18 more injured during the mass stabbing. Police had identified two suspects, brothers Damien and Myles Sanderson. The former was found dead on Sept. 5 with multiple wounds and the latter died shortly after being arrested Sept. 7, according to the RCMP, who also said an external investigation into the incident would be carried out.

Bishops and archbishops offered reflections and prayers through social media in the wake of the killings. They noted the difficulty in comprehending such violence, but stressed the hope offered through God. They prayed for the people of James Smith, Weldon and all those affected; for first responders, for police searching for the perpetrators and for the safe apprehension of the perpetrators themselves.

Archbishop Linda Nicholls, primate of the Anglican Church of Canada, spoke in a video message of the “unspeakable tragedy” that had affected the two communities, both located in the Anglican diocese of Saskatchewan. She said that these “apparently random attacks by two men have left us all reeling with the inexplicability of such violence and pain.”

The primate recounted having visited the James Smith reserve in May with Archbishop of Canterbury Justin Welby. “We were received there with such warmth and generosity, and my heart breaks for the families, the victims, the whole communities affected by this tragedy,” she said.

In such moments of pain and suffering, Nicholls said, the Christian community finds hope in God and the love of Jesus Christ. She quoted her favourite Bible passage, Romans 8:35-39, in which Paul describes how no amount of persecution, violence and suffering can separate Christians from God’s love.

“It is there in the arms of God that we will find the strength and the courage to face this tragedy and over the months and years ahead, find healing—and hold to a hope that is stronger than death,” Nicholls said.

Welby offered a handwritten letter to the chiefs of James Smith Cree Nation, in which he asked for God to give them strength as they comfort the bereaved.

“I write with enormous sorrow and sympathy at the news of the utterly horrendous attacks you have suffered,” Welby said. “Having been with you so recently, I can imagine the appalling trauma. You are deeply in my prayers.”

Bishop Michael Hawkins of the diocese of Saskatchewan recorded a video message in which he described being overwhelmed by news of the spree killing.

“It’s hard to imagine the terror and the grief and the concern and the sorrow and the trauma for the families and the people of James Smith reserve,” Hawkins said.

During the visit by Welby and Nicholls months earlier, Hawkins added, “Archbishop Justin spoke in reference to the experience and legacy of the residential schools [as] a living hell. Surely what the people of James Smith have gone through today and are experiencing now is a living hell.”

Hawkins recalled a phrase that came to his mind earlier that day: when Jesus on the night before his crucifixion spoke of “the power of darkness” and went into deep prayer.

“This is a time not for quick accusations or simplistic answers,” Hawkins said. “It is a time for all of us to pray deeply and in a sustained way for the families and the people and the leadership, the chiefs, and the clergy Wilfred and Teresa [Sanderson] of James Smith, that God would grant healing and strength.”

The Rev. Wilfred Sanderson, the main Anglican priest for James Smith Cree Nation, said he could not yet comment on the matter when reached by the Anglican Journal Wednesday, before Myles Sanderson’s arrest and death.

“Our community has not yet started grieving till that man is in custody,” he said.

Nicholls and several other bishops will hold an online vigil on Thursday, Sept. 8 at 7 pm ET to pray for James Smith Cree Nation and surrounding areas. Live video of the prayer vigil can be viewed on YouTube or at Anglican.ca.