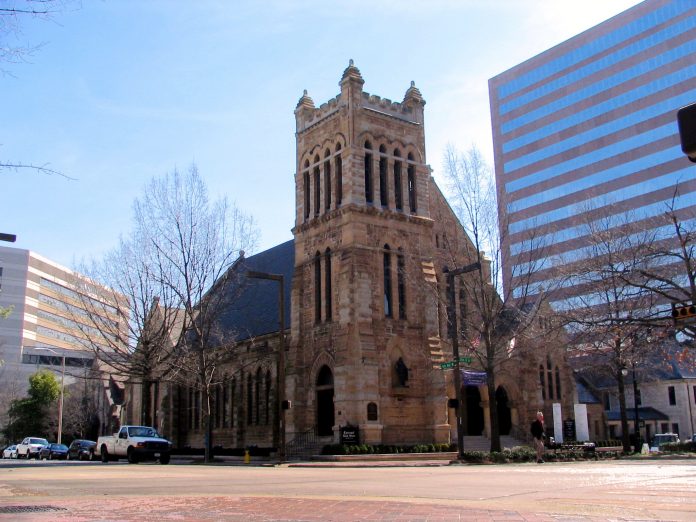 In our role as the Cathedral of the Diocese, an ordination service was held at the Advent on Tuesday evening. Our Bishop, Glenda Curry, presided over the service. As our interim Dean and Rector, Craig was there as a master of ceremonies. Our choir participated, and some of you served as acolytes and by graciously providing a reception. Yesterday, we learned through blog posts that one of those ordained has theological views that are very different than those of the Advent. Those blog posts, however, contain numerous false statements and we wanted to provide the actual facts to you.

First, the Advent has not changed its theological position. In fact, the entire point of the Covenant with the Diocese earlier this year was to protect and preserve the Advent’s ability to maintain its theological beliefs within the Diocese of Alabama. Those beliefs include the affirmation of the inspiration, sufficiency, and infallibility of Scripture as professed by the Thirty-nine Articles and grounded in the historic Anglican Formularies. On this particular issue, the Advent expressed its position back in 2006 in a Report titled “Speaking the Truth in Love.” This is the position of the Advent. Those who are misrepresenting that the theological position of the Advent has changed are doing so at best out of ignorance, or at worst in an attempt to harm and divide the Advent and for their own personal gain.

Second, none of the clergy, staff, wardens, or vestry knew anything about those who were being ordained. The ordination was a Diocesan event that was vetted and planned by the Diocese, but was held at the Advent because of its role as the Cathedral of the Diocese.

Third, this incident has revealed systemic failures at the Advent and the Diocese in how we interact together as the Cathedral. The Diocese failed to inform the Advent of this issue even though the Bishop had agreed that the Advent would not be asked to participate in, sponsor, or otherwise be seen to endorse an event that was incompatible with a traditional view of Scripture, or do anything that would assert, suggest, or imply that the Advent approved, condoned, or authorized such theological expressions. Although we are disappointed in and deeply grieved by the Diocese’s failure to communicate this issue to the Advent, as leaders of this parish we must also recognize that we should have done more to investigate this issue on our end. Accordingly, we will be conducting a full review of this issue to ensure that we have systems and agreements in place to ensure that this does not happen in the future.

Lastly, we hasten to restate something of critical importance. The grace of God given to us through the death and resurrection of Christ is sufficient to cover the sins of the whole world. None of us are without sin; none of us are better than another; one person’s sins are not worse than another’s; none of us are righteous, not one. The Lord’s grace is freely given to all, but his Church cannot affirm anything which is univocally forbidden in Scripture. By God’s grace, we will stand firm, witnessing to the Lord’s gracious work on and in each of us. Some words towards the end of Paul’s letter to the Philippians come readily to many of us: The Lord is at hand; do not be anxious about anything, but in everything by prayer and supplication with thanksgiving let your requests be made known to God. And the peace of God, which surpasses all understanding, will guard your hearts and your minds in Christ Jesus. (4:5-7)

Please pray that we will continue to engage these events prayerfully, faithfully, and diligently, trusting in the certainty of the promises of God. We remain committed to seeking the way forward that honors Christ in all things.