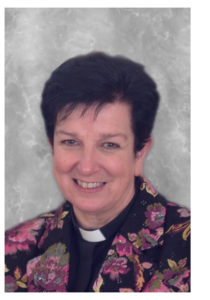 The College of Bishops of the Scottish Episcopal Church have agreed to release next week an unflattering report they commissioned investigating charges of bullying by the Bishop of Aberdeen and Orkney.

The Times of London reports the review undertaken by Prof. Ian Torrance, a former moderator of the Church of Scotland, found the Rt. Rev. Anne Dyer’s management had led to a culture of “systemic dysfunction” in the diocese and recommended  she “step back permanently” from the episcopate.

In March 2021 Bishop Dyer requested the bishops investigate complaints filed against her by clergy and lay members of her diocese. Appointed in 2017 by the College of Bishops after the diocesan synod was unable to elect a bishop, Bishop Dyer was a controversial choice from the start being a liberal woman cleric given charge of Scotland’s most conservative diocese.

The report found “serious issues and concerns” about her leadership and evidence of “bullying” of clergy and lay members of the diocese. The Times, which has seen the paper, states the review did not find the bishop credible on several points. She accused the organist of the dicoesan cathedral, whom she dismissed without notice of threatening her life, causing her to lock herself in the vestry at St Andrew’s Cathedral convinced the sacked organist, Christopher Cromar, was going to attack her.

However, it is reported that after investigating her statement it was found there was “no evidence” of threatened violence, noting Mr. Cromar had only  threatened to go to the press with his story.

After receiving the Torrance report the Scottish Bishops stated they would not release it to the public. Shortly thereafter the contents of the report were leaked to The Times. On September 8 the bishops reversed course and said they would release the report shortly, but stated they would seek further input from the diocese to give a balanced picture.

However, The Times further reported Bishop Dyer sought to influence an HR report into the affair, seeking to paint her conduct in a more favorable light. Church HR specialist Sarah Grey told The Times that Bishop Dyer and the diocesan chancellor, Graham Robertson, wrote to the diocesan trustees indicating they disagreed with some of what she had written.

She said: “The trustees then asked if I wanted to revise my report and my response was no. “What they (Dyer and Robertson) were trying to do was change the tone of the report in a way that made it potentially less damaging to the bishop.”

“I don’t think my report was what the bishop wanted it to be,” she said. “I think I was expected to toe the line.”