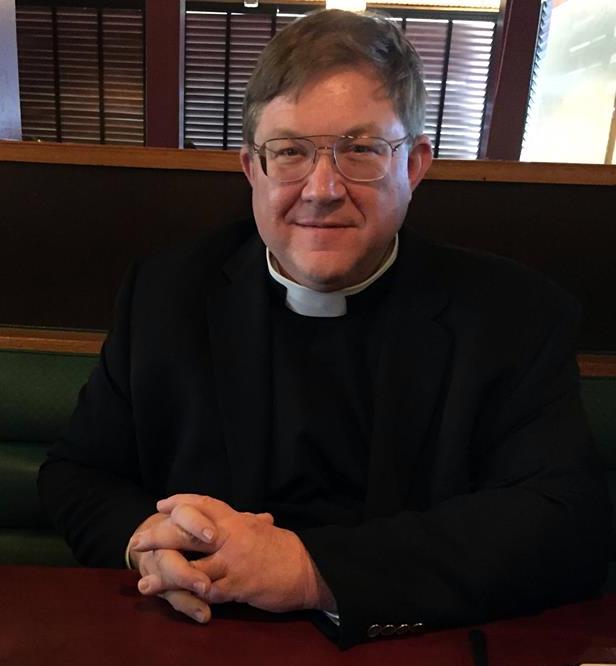 The Rev Canon George Conger serves as editor and chief news writer for Anglican Ink and has been called by the Daily Telegraph the most knowledgeable reporter covering the Anglican world today.

A priest of the Episcopal Diocese of Central Florida, he cofounded Anglican Ink with its publisher, Kevin Kallsen, and serves as co-host of Anglican Unscripted. For 17 years he served as chief correspondent for The Church of England Newspaper. He was the London correspondent for the Jerusalem Post and a correspondent for the Living Church magazine and his work has also appeared in the Washington Post, The Times, Telegraph, Guardian, Christianity Today, Washington Times and religion magazines and newspapers in Australia, Africa, the UK, Canada and the United States. He serves as an essayist and journalism critic for GetReligion and The Media Project, and as an occasional commentator for the BBC’s Radio 4 “Sunday Programme”, ABC National’s “Religion and Ethics Report” in Australia,  and Lutheran Public Radio’s “Issues Etc” program in the United States — and has over 5000 published articles to his credit.

A native of Philadelphia, he was reared in Palm Beach, Florida and educated at the Episcopal Academy and The Hill School. As an undergraduate he studied History at Duke University and then went on to study business administration at Duke and the University of Pennsylvania before going to work for his father’s manufacturing firm. He returned to school studying theology and church history at Villanova, Yale and Oxford Universities under Daniel Berrigan, Brevard Childs and Avery Dulles and his doctoral work was in the History of Biblical Interpretation, focusing on Bishop John William Colenso of Natal. He trained for the ministry at the Berkeley Divinity School.

He was ordained deacon at the Church of the Good Samaritan in Paoli, Pennsylvania and priest at the Merton College Chapel in Oxford, England by the Rt. Rev. Robert Duncan, and has served as chaplain at Thomas Jefferson University Hospital in Philadelphia, assistant chaplain at Merton College, Oxford, research fellow at Yale Divinity School, rector of St Elizabeth’s Episcopal Church in Sebastian, Fl, staff chaplain at Treasure Coast Hospice in Ft Pierce, Fl, priest in charge of Church of the Redeemer in Avon Park, Fl, and since 2014 as rector of Shepherd of the Hills Episcopal Church in Lecanto, Fl, and has led short term teaching programs in South Africa, Nigeria and India. He is a board certified chaplain of the Association of Professional Chaplains.  In 2016 he was elected dean of Northwest Central Florida and was made an honorary canon of St Matthew’s Cathedral in Dallas, Texas in 1998.

He has been married to Susan Conger since 1985 and they have two daughters, Laura and Claudia.