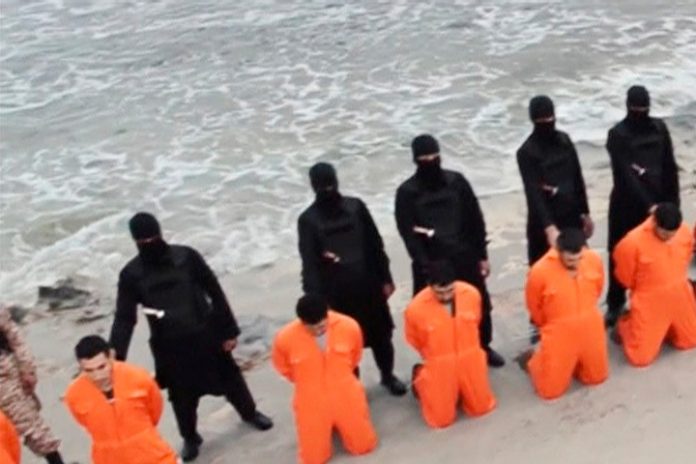 The European Parliament has condemned the Islamic State for committing genocide against Christians and other religious minorities. On 4 Feb 2016 it adopted by a show of hands Resolution (2016)0051 “Systematic mass murder of religious minorities by ISIS”, labeling its crimes as genocide.

The resolution noted that “religious and ethnic minorities, such as Christian (Chaldean,Syriac, Assyrian, Melkite and Armenian), Yazidi, Turkmens, Shabak, Kaka’i, Sabae-Mandean, Kurdish and Shi’a communities, as well as many Arabs and Sunni Muslims, have been targeted by the so-called ISIS/Daesh” and many have been “killed, slaughtered, beaten, subjected to extortion, abducted and tortured”, their women “enslaved” and “subjected to other forms of sexual violence”, forcibly converted, and have been “victims of forced marriage and trafficking in human beings” and their churches and mosques have been “vandalised”.

These crimes amount to genocide under the definitions adopted by the International Criminal Court and the 1948 United Nations Convention on the Prevention and Punishment of the Crime of Genocide.

The resolution also calls on all EU member states to “update” their legal systems so that nationals traveling to join ISIS and other terrorists groups face criminal court proceedings as soon as possible.

The Obama administration has declined to label ISIS attacks on Christians as genocide even as world religious leaders have been unequivocal in denouncing the crimes against Christians and other religious minority groups. During his trip to Bolivia last year, Pope Francis stated “our brothers and sisters are persecuted, tortured and killed” in the Middle East “for their faith in Jesus.” He added: “A form of genocide is taking place, and it must end.”

In his Christmas Day sermon the Archbishop of Canterbury said ISIS is “igniting a trail of fear, violence, hatred and determined oppression”.

“They hate difference, whether it is Muslims who think differently, Yazidis or Christians, and because of them the Christians face elimination in the very region in which Christian faith began. This apocalypse is defined by themselves and heralded only by the angel of death,” he said, adding: “To all who have been or are being dehumanised by the tyranny and cruelty of a Herod or an Isis, a Herod of today, God’s judgment comes as good news, because it promises justice.”