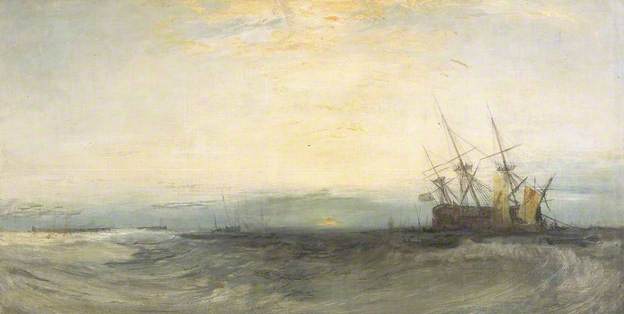 The Archbishop of Canterbury has run hard aground in his attempt to reach out to the Gafcon movement.

Archbishop Justin Welby’s attempts to mollify the disaffected majority within the Anglican Communion have fallen short, while his calls for unity for the sake of unity have been rejected by the Gafcon leaders. He has also downplayed Gafcon’s significance, numbering it as one voice among many, and dismissed its theological imperatives.

Canterbury’s interview with Vatican Radio and comments made before the General Synod of the Church of England, along with what is seen as not entirely straight forward statements made about the purpose of his visit to Nairobi, are likely to widen the gap between his office and the Gafcon churches.

And while Archbishop Welby complained to synod on 18 November 2013 of the negative treatment he received from some quarters of the Gafcon movement – echoing complaints he had made in his Nairobi sermon about the vituperation heaped on him by gay activists for his statements in the House of Lords on gay marriage – the Gafcon archbishops have withheld personal criticism, focusing their ire on the London-based staff of the Anglican Consultative Council and Lambeth Palace.

In a 1 November 2013 interview, Vatican Radio asked Archbishop Welby: “ You’ve also been dealing recently with divisions with your own Anglican communion. You met with leaders at the second GAFCON encounter of traditionalist Anglican bishops in Kenya. How concerned are you about the deep differences of vision within the Anglican world?”

Archbishop Welby responded: “The trip to Kenya was wonderful. I went principally to express my solidarity with people and churches in Kenya, following the terrorist attack in Nairobi. It happened to be the weekend leading into the GAFCON meeting, and I met their leaders and that was a great privilege. The Anglicans have always conducted their disagreements very openly, publically, loudly. I rejoice in groups, like GAFCON, with many other across the church, with lots of different perspectives, which call us in particular directions and remind us of the breadth and depth of Christian commitment that we need. So, I’m grateful that they force me back to think and I listen to all of them”

Prof Stephen Noll, former vice-chancellor of Uganda Christian University, told Anglican Ink he was struck by four points made in the archbishop’s statement.

“I just note that 1) he explains his visit as primarily one to express solidarity with Kenyans; 2) he refers to GAFCON as one ‘group’ among many others with ‘different perspectives’;  3) he refers to ‘their leaders,’ not the GAFCON Primates or Primates’ Council; and 4) [there is] no reference to the Communique and its political implications.”

It looks like “move on, nothing to see here” will be the “party line,” Prof Noll observed.

In his address to General Synod, the archbishop again sought to damn Gafcon with faint praise, downplaying its authority and omitting to tell synod of the strong warnings given to him for the Church of England by the primates.

Repeating the explanation that his visit to Kenya was organized in response to the Westgate Mall bombing, the archbishop began his remarks to Synod by saying:

“While I was in Nairobi for the condolence visit, I was there just before the beginning of GAFCON, and I had the opportunity to benefit from meeting a number of primates who had arrived for it.”

The archbishop noted the meeting “was a great pleasure, and, as always, an education.”

However, his reception had been mixed.

“As leader of GAFCON Archbishop Wabukala was as gracious as could have been wished. There were naturally, as you may have noticed, different views expressed about different aspects of the Anglican Communion while I was in Nairobi and subsequently, including views about me, it has to be said not invariably warm and cuddly, but I was genuinely most glad to have had the opportunity to meet, and I have to say that the overwhelming response was not only kind but also deeply encouraging,” he said.

Speaking at St Andrew’s Church in Mount Pleasant, South Carolina, on 13 November 2013, the chairman of the Gafcon movement, Archbishop Wabukala responded to questions about the “impressions” the Gafcon leadership had about Archbishop Welby by saying he had known Archbishop Welby for over ten years and “up to now he was a very good friend.”

He begged off answering further, however, noting there was little he could say about the man, other than that Gafcon “prayed” for him and “supported him in his goals”.

Archbishop Welby “came to Gafcon to give encouragement that we go on like that” – to continue the work we had begun, Archbishop Wabukala said.

However, in an address given earlier in the evening entitled “The Thirty-Nine Articles of Religion, the Church and its Mission”, Archbishop Wabuka noted the authority the Archbishop of Canterbury presumed to exercise, was not as secure as Justin Welby supposed.

“We need to probe below the surface of the assumption that the office of the Archbishop of Canterbury, as one of the formal Instruments of Communion defines the narrative of what is to be taken as Anglican,” Archbishop Wabukala said.

He then quoted a portion of the interview stating: “ In a recent interview with Vatican Radio the Archbishop of Canterbury observed that ‘Anglicans have always conducted their disagreements very openly, publicly, loudly,’ and he claimed to ‘rejoice in groups, like GAFCON, with many others across the church, with lots of different perspectives, which call us in particular directions and remind us of the breadth and depth of Christian commitment that we need’.”

However, Archbishop Welby had made a category error, Archbishop Wabukala said. “The assumption behind this comment is that there is an essential complementarity behind the various conflicting voices in the Anglican Communion”

“It is true that the GAFCON movement has never claimed to have a monopoly on orthodoxy, but we do stand by the objective standard of the historic formularies of the Communion and hold ourselves accountable to them.  We cannot therefore allow ourselves to be seen as simply one interpretation of contemporary Anglicanism along with others.”

He noted that “the appeal to be united for the sake of mission when there is no agreement on the substance of mission and the indiscriminate affirmation of diversity confuses the gospel message by seeking to hold together the gospel of secular moralism — which the Jerusalem Statement actually designates as a false gospel — with the biblical gospel of grace.”

What Canterbury failed to appreciate was that Gafcon provided clarity.

It “does not need to reinvent the Anglican Communion.  We are simply calling it back to itself and seeking under God to bring clarity and remove stumbling blocks so that Anglicans can simply devote themselves to the great task of mission which lies at the heart of the Reformers’ vision with confidence and without confusion.”

The failure of Archbishop Welby to acknowledge, or perhaps to understand that Gafcon saw institutional unity as being a lesser good than doctrinal solidarity, did not portend a happy future. “Article 19 [of the Articles of Religion] makes clear [Gafcon’s] conviction that the gospel precedes the Church; it is found where the gospel is proclaimed through Word and Sacraments, where ‘the pure word of God is preached and the sacraments duly ministered’.”

Failure to appreciate the theological and ecclesial issues at stake would doom attempts at reconciliation guided by management techniques, he said.