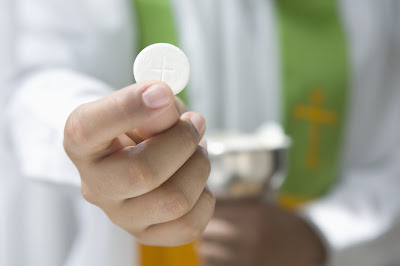 It has been interesting to see that it is lay people and priests who are objecting most fiercely to bishops and archbishops abstaining from participation in the Eucharist at the Lambeth Conference.

Privileged, mainly white, Western clergy and laity with all the weapons in the world at their disposal are telling the powerless, often living amidst persecution and poverty that they are wrong to use the one symbol they have. The repeated accusation is that they are “weaponising” the Lord’s Supper.

The wording is the immediate give away.

“Weaponising” is the modern pejorative for people using symbols, words or ideas in a manner others do not like. It is no more than that – lazy hyperbole used to immediately escalate a situation in order to try and shut down debate before it starts.

The derogatory charge of “weaponisation” is made because those doing it know full well that even the shortest debate will reveal that they do not have a leg to stand on.

The bishop is the chief minister of every church in his (or her) diocese. As such it is the bishop who admits or refuses admission to the sacrament,

“Provided that in case of great and immediate scandal to the Congregation the Minister shall not admit such person, but shall give an account of the same to the Ordinary… and therein obey the order and direction given to him by the Ordinary…”

As such it is not ultimately clergy or lay people who decide who should commune but bishops.

And they do not do it arbitrarily. It is also fundamental to the office of bishop to be,

“…ready, with all faithful diligence, to banish and drive away all erroneous and strange doctrine contrary to God’s Word; and both privately and openly to call upon and encourage others to the same

Part of that Word reads,

“But now I am writing to you not to associate with anyone who bears the name of brother if he is guilty of sexual immorality or greed, or is an idolater, reviler, drunkard, or swindler—not even to eat with such a one” [1]

Such a command could scarcely be clearer: a bishop should not eat with, let alone share bread and wine with those who he considers to be, “open and notorious evil livers”.

Such people should not commune, much less should bishops elect to commune with them.

By their Eucharistic and teaching offices, it is bishops who determine who communes. When that brings them into conflict with other bishops, the proper solution, since the Acts of the Apostles, is that the issue should be determined in councils or synods of the church and the issue resolved. Unfortunately, that is exactly the thing the Lambeth Conference does not do – the Archbishop of Canterbury’s almost sole aim is the opposite – to keep everyone “walking together” by “disagreeing well”. That excommunication is not on the table serves only to exclude many from the Table.

That, in effect, leaves those for whom that is unacceptable – because they dare to, “delight in” something called “truth” , with no option but to abstain.

But the bishops so doing are also no more than Christian men and taking Communion is something that every person only does, every time, in good conscience – after discernment and self-examination for fear of participating in an unworthy manner and drinking judgement on themselves.

“Dearly beloved in the Lord, ye that mind to come to the Body and Blood of our Saviour Christ, must consider how Saint Paul exhorteth all persons diligently to try and examine themselves, before they presume to eat of that Bread, and drink of that Cup. For as the benefit is great, if with a true penitent heart and lively faith we receive that holy Sacrament; so is the danger great, if we receive the same unworthily. For then we are guilty of the Body and Blood of Christ our Saviour; we eat and drink our own damnation…”

It is hard to imagine something more respectful of conscience than this. Who is anyone to demand that someone should commune against their conscience? Who can ask anyone to eat and drink judgement on themselves? Who is anyone to say someone must commune?

If bishops who do have the authority to bar people from the Eucharist have not done so but instead by a self-denying ordinance decline the means of grace to themselves, while those who in conscience can partake do so, is that not the finest example of self-sacrificial leadership?

None of this should be controversial for any Anglican- the debate is closed not by false accusations of weaponisation but because every word in bold italics above is a direct quote from either the Bible or the Prayer Book.

Rest assured none of this is being done lightly. For many who will humbly remain in their seats, they will only ever have one chance in their lifetimes to go to the rail in the mother church of the Mother Church and yet they are going to “deny themselves” after the example of the one whose, “…full, perfect, and sufficient sacrifice…” Holy Communion is “…a perpetual memory”.

For a couple of good perspectives on this see this blog from American Anglican Council and this from Martin Davie in the UK.