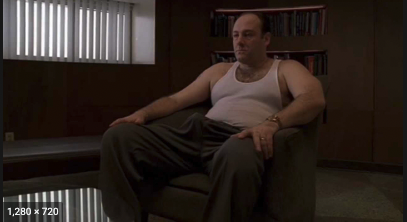 Justin Welby is fond of describing the Anglican Communion as “a messy family”.

Asked why the liberal Western tail is trying to wag the majority world dog, he just says, “Well, we’re just a messy family aren’t we?”.

Questioned as to how he hopes to implement his vision for the Communion when a third of the world’s bishops disagree with him and another third rejected his invitation to the 10- yearly Lambeth Conference altogether, the answer is “it’s a messy family”.

When it is put to him that it is problem that he is at odds with the vast majority of Anglicans in the world he says, “Some families argue quietly in the dining room and others shout at each other in the garden, we are the latter”.

The archbishop typically delivers the line with a wan grin at how inevitable it all is.

It is an analogy both curious and false.

Curious, because so many families would do almost anything to avoid repeated public slanging matches let alone a lifelong rift with a parent or rejection by a child. Should such a situation occur it would be considered grievous, a source of an immense pain and the restoration of loving relations the supreme concern. To many a broken family is the source of profound guilt and a deep sense of failure, not a smile, however wry.

Curious too because there are surely comes a time when a family’s “messiness” becomes wholly unacceptable, even cruel. The family whose grandparents have given-up on it, whose parents are lawless and addicted to harmful behaviour, whose children are feral and vulnerable and whose grandchildren have no prospect of a fulfilled future is not just messy but needs to drastic attention of every possible type. To explain to the interrogating police or education welfare officer that it is all because “we’re just a messy family” is not going to cut it, nor should it. But Justin Welby never acknowledges there any limits beyond which the mess cannot extend and no situation, however dire to which a, “we’re a messy family” is not an acceptable answer.

They may be weasel words, but what choice does he have? The alternative, to admit the analogy is false, is even worse.

The much larger family is thriving, if relatively poor; kind-hearted and largely functional. The smaller is relatively posh but defensive, dysfunctional and statistically in terminal decline. The former has strong underlying order and good discipline but can look very humble, the latter is in a failing search for any relevance, resentful but brushes-up well. The big family also has many children by birth and adoption for whom the future is bright. The already tiny one is a single generation, or less, from dying out with no hope of a viable future.

The two families may possibly share a common name, or some DNA, or some shared language but otherwise they could not be more different. They might be reluctantly thrust together at some family event, if it is absolutely unavoidable, but such occasions only serve to highlight the extent of the differences and how what were once such obvious shared family trait have been diluted and family heritage abandoned. One day very soon they will come across each other without a flicker of recognition. Soon after that demography as destiny will leave just a single family as beneficiaries of whatever inheritance is left.