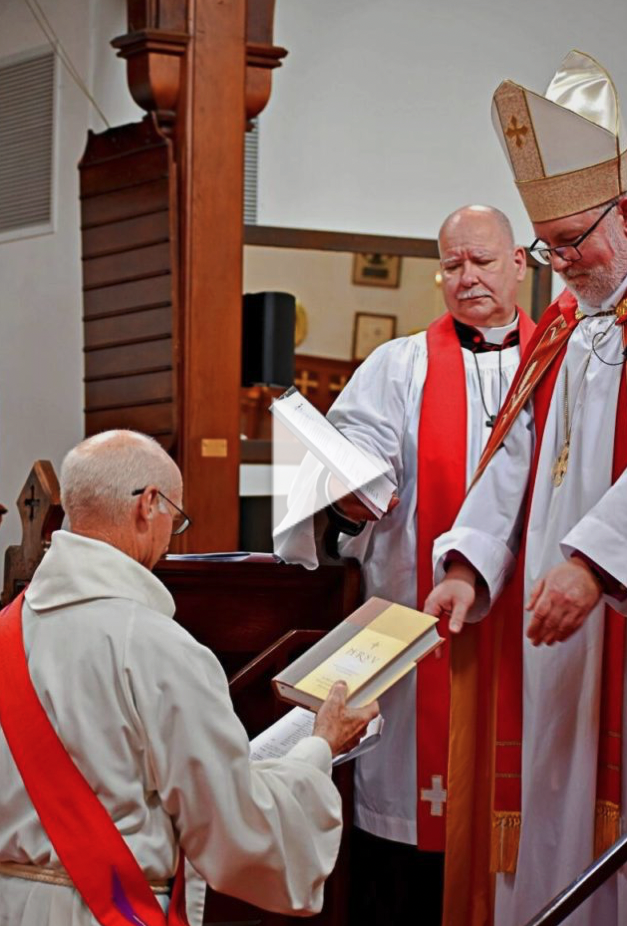 The diocese of Caledonia has ordained its first clergyman in ten years. On 11 June 2022 the Rt. Rev. David Lehman ordained Kenneth James Alton as a deacon at a ceremony held at St Andrew’s Cathedral in Prince Rupert, BC.

A mature student at the Vancouver School of Theology, Deacon Alton will serve as Deacon-in-charge of St James Church in Smither’s BC, which is currently served by a lay reader in charge.

Bishop Lehmann told the Northern View he was very pleased to perform his first ordination after five years of ministry. “It’s special. It’s been a long slow process for him and he is ready to take on the ministry,” Bishop Lehmann said. “As he concludes his studies he will then be ordained to the priesthood. It’s a natural part and progression of his journey toward life in the parish and diocese.”

The diocese of Caledonia consists of 24 congregations in 19 parishes spread across northern British Columbia and has approximately 1000 members. It is one of ten Canadian dioceses with less than a thousand people worshipping on Sunday, on average.

In May of 2017, the bishop-elect of Caledonia, the Rev. Jacob Worley was rejected by the bishops of the Province of British Columbia and Yukon for consecration as a bishop. They argued that contrary to provincial canon 4(b) Fr. Worley taught or held views  contrary to the Doctrine or Discipline of the Anglican Church of Canada.”  The basis for this finding was that Fr. Worley, had at one time served as a priest of the Anglican Mission in America and had withdrawn from the Episcopal Diocese of the Rio Grande in 2007 in protest to the direction taken by the Episcopal Church.

An American citizen, Fr. Worley subsequently lost his license to officiate at the parish he led in the Diocese of Caledonia and was forced to leave Canada as he no longer held a work permit sponsored by the Anglican Church of Canada. He currently is rector of St Andrew’s Church, Fort Worth, in the Diocese of Fort Worth.