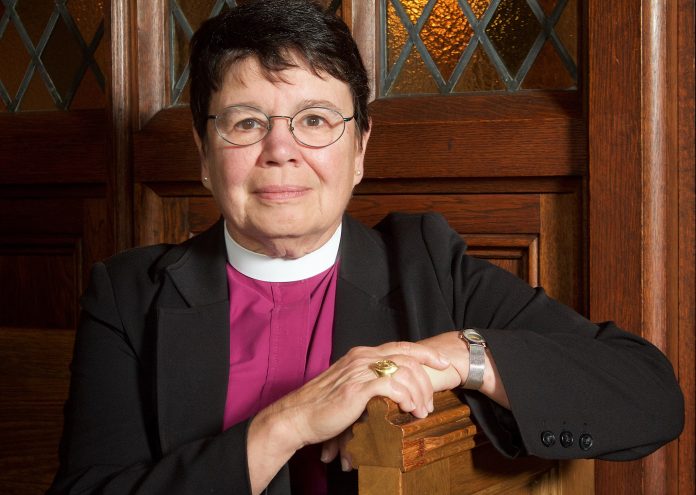 In 1990, a youth minister at an Episcopal church in La Grange was concerned about one of the teenagers who frequented the parish — an 18-year-old who’d been living out of a car, “acting strange and doing a lot of drugs.”

She confronted him, and he shared a secret: He’d been sexually abused for years as a boy. His abuser was Richard Kearney, an Episcopal priest who ran his childhood parish in Oregon, Illinois, before moving to a congregation in Waukegan.

“I told her I didn’t know why I was acting the way I was,” the man later said, according to court records. “I was hurting a lot, and I told her about the abuse. She said that she was going to make sure that something got done about it.”

He said “she put me in contact with Chilton Knudsen,” a priest who at the time was a top aide to then-Chicago Bishop Frank Griswold and now serves on an interim basis as Chicago’s primary Episcopal bishop.

In the decades since, Knudsen wrote curriculum for her denomination on preventing sexual abuse and became a “certified sexual abuse prevention trainer” in response to a clergy sex abuse crisis that has embroiled Protestant faiths as well as the Catholic church.

But, according to interviews and a Cook County lawsuit that the Episcopal diocese settled in May for $750,000 without admitting any wrongdoing, she didn’t immediately call the police after the 18-year-old told her Kearney repeatedly abused him.

Though a church spokesman says she did contact the Lake County sheriff’s department within weeks, police didn’t get involved until two months later, records show — after the mother of two children called a child abuse tip line to report Kearney.

During those two months, Kearney molested another boy, according to records and interviews.

According to the recently settled lawsuit, Griswold’s office knew as early as 1987 that Kearney — who, after having been sent to a rehabilitation program, was arrested in 1990, convicted of child sexual abuse charges and “removed” from the priesthood — might have molested kids at Saint Bride’s Episcopal Church in Oregon, a half hour from Rockford, but did nothing.

After speaking with members of the parish’s youth group, one of Kearney’s successors at Saint Bride’s drove to Chicago to meet with an aide to the Episcopal bishop, records show.

“I told that person that I suspected that the rector before me had harmed at least one of the children,” that priest said in a deposition for the suit, which was filed in 2020 by another man, as a “John Doe,” who also says he was molested as a boy by Kearney. “Then, he suggested that it might be problems I was having there or problems being out there and asked if I would be willing to do some psychological and alcohol testing.”

The priest, who asked not to be named, says she was stunned but agreed. She spent two or three days at an inpatient clinic in Chicago.

After she passed a battery of tests, the Griswold aide said to her about Kearney, “I have this, leave it to me,” according to the records.

Demoralized, the female priest soon resigned from Saint Bride’s, which she’d joined in 1986 after Kearney’s departure for Annunciation of Our Lady Church, a congregation then in Waukegan, now in Gurnee.

There’s no public record showing Griswold’s office did anything about Kearney then or until 1990, before his arrest.

Read it all in the Chicago-Sun Times