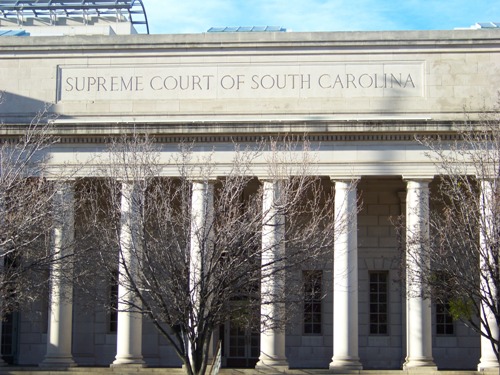 The unanimous decision announced on April 20, 2022 by the South Carolina Supreme Court fulfilled (by its unanimity) at least one of the predictions made in the previous post on this blogafter the oral arguments last December. Unanimity, however, in this instance served not to resolve thorny issues of South Carolina law, but rather sent a strong signal that the collective Justices were circling their wagons around their own, in a somewhat transparent attempt to recover the Court’s dignity lost in the fiasco created by its disgraceful disunity in 2017.

The result (reached by implicit design) can, alas, bring peace to neither of the litigating factions. Applying extremely arbitrary criteria of its own devising, the Court decided that of the twenty-nine individual parishes before it, fourteen (by the documents they adopted) allowed the nationwide trust specified in the Dennis Canon to be applied to their properties, while fifteen did not. The hair-splitting on display here is best illustrated by the following passage from footnote 12 of the main opinion by Justice Few:

The analysis of whether Holy Cross, Stateburg satisfied the second element discussed above—intent to create a trust—is the same as our analysis for St. Paul’s, Bennettsville, but the outcome of the case for the two Parishes is different. This is because Holy Cross, Stateburg took affirmative present action in its 2011 Bylaws to “accede[] to the . . . Canons of the [National Church],” but St. Paul’s, Bennettsville merely stated it was “organized under” and “subject to” the Canons.

This strained construction transforms the English word “accede” (“join in, agree and consent to”) into a poison pill that forever dooms the property of the parish using it to belong to the national Church rather than to the parish itself and its members — the latter are entitled to make use of their own property only for as long as they agree to remain with the sinking ecclesiastical shipwreck that is the current Episcopal Church in the United States of America.

The construction has acquired its severity by a questionable legerdemain performed by Justice Few and his colleagues. For they maintain that the Court’s 2017 decision, while not “final” with regard to actual ownership of the parishes’ properties, was nevertheless final as to the point that any trust established in South Carolina prior to 2006 was presumed irrevocable — because three of the five justices sitting in 2017 separately opined that it was so. Nevermind that the point was merely hypothetical at the time — because only two of the five believed, contrary to the Court’s 2009 decision in All Saints Waccamaw, that the Dennis Canon had already established trusts on the properties all by itself; the third (Chief Justice Beatty) simply “assumed” that a trust was created if the individual parishes had consented (“acceded”) to its imposition.

(Note that the present opinion does not even mention or cite the Waccamaw decision, which unanimously held that the Dennis Canon of its own force could not create a legally enforceable trust in South Carolina. There was no majority in favor of overruling Waccamaw on this point in 2017, yet in 2022 the Court treats the two minority Justices’ pronouncements contrary to that case as something the Court must now “adhere” to — go figure.)

Neither of those two Justices (Pleicones and Hearn) in 2017 remained on the case in 2022. Pleicones had retired and was replaced on the panel by the chief justice of South Carolina’s appellate court; Hearn recused herself from the case right after she rendered an extreme and very biased opinion (which was not surprising, given that as an Episcopalian in South Carolina she had been active in opposing any attempts by individual parishes to leave the Church). But the current court treated their dicta (the word attorneys use to describe court pronouncements that are not essential to its actual decision) as firmly established law for purposes of deciding the case in 2022. Justice Few goes out of his way to say that the Court’s holding on revocability applies only to the churches in the case (opinion, section III.E):

Never mind that in his 2017 opinion, Justice Kittredge had explained that “irrevocability” was only a presumption in South Carolina law, which could be overcome by contrary evidence. Never mind that Justice Hearn had conceded the bias in her own view by recusing herself; “adhere” to her disqualified vote anyway. Never mind that the 2022 Court decided to go only by the accidental words used by the attorneys creating the parish documents, and to draw an arbitrary bright line once the word “accede” was used. This disregards the extensive factual evidence, considered by the court below, about the differing circumstances that applied to the individual parishes when they each adopted their respective documents.

If anything was presently binding on the Supreme Court, it should have been the factual findings by Judge Dickson below, because they were supported by substantial evidence. The opinion indeed acknowledges this point, at the start of its section III.C. But it goes on to hold, without citing any authority whatsoever, that “the question of whether an action known to have been taken by a Parish created a trust in favor of the National Church and its diocese under South Carolina trust law is a question of law.” Stated that way, the conclusion allows the Court to bypass Judge Dickson’s findings as to each individual parish and proceed with its arbitrary verbal analysis involving whether the parishes used the word “accede” or not.

The Court, in short, was interested only in two things: (a) dispose of the case quickly in a fashion that gives something to each side, so neither can claim “victory”; and (b) restore its dignity by making the decision this time unanimous. And that is a recipe for bad law, which can please no one, and which should be nothing to make a judge proud. (An unspoken aim may have been to let any blame for the unsatisfying result fall on those no longer involved in the case, by treating their dicta as settled law which was “binding” on the current Justices.)

Once again, alas, we return to the recurring theme of this blog: the perils that St. Paul warned Christians about in taking their disputes to secular courts. This is not to judge anyone involved in the South Carolina (or other diocesan) litigation, who were faced with an intransigent national Church determined to have its way with every single dissident parish in the land. But it is to say that Christians cannot expect anything better when they place their disputes in the hands of ill-prepared courts to resolve.

There will be one final chapter to this desultory story once the federal courts dispose of the name and trademark claims, probably in ECUSA’s favor. I shall not return here to comment; I am done with everything that involves the Episcopal Church. Let it reap what it has so assiduously sown.