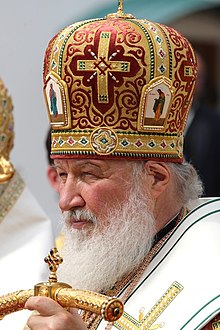 Moscow – In its synod at the end of 2021, the Moscow Patriarchate welcomed 102 priests from the Russian Church who until now served in eight African countries on behalf of the Greek Patriarchate of Alexandria; these religious did not accept the recognition of the Ukrainian autocephalous Church, which had led in December 2019 to the break in ecclesiastical relations between Moscow and Alexandria.

The synodal communiqué motivated the decision by “the realization of the impossibility of further refusing the request of these Alexandrian clerics.” Thus the new African Exarchate of the Russian patriarchate was created, divided into the two dioceses of North Africa and South Africa.

The patriarchal synod had already considered the matter last September. The debate arose from the concelebration of the Patriarch of Alexandria Theodoros II (Choreutakis) with the autocephalous Metropolitan of Kiev Epifanyj (Dumenko), which took place on August 13 on the Turkish island of Imbros and which was harshly condemned by the Russian Church.

Russian Orthodoxy has thus extended to Egypt, Sudan, Ethiopia, Eritrea, Djibouti, Somalia, Chad, Cameroon, Nigeria, Libya, Central Africa and the Seychelles. The Russian-African clergy will be hierarchically subject to the Russian bishop of Yerevan in Armenia, Leonid (Gorbačev). He was elevated to the dignity of titular metropolitan of Klinsk in Belarus, uniting in his person all the latitudes of the “Russian world.”

According to the liturgical diptychs of Orthodoxy, the Patriarchate of Alexandria is the second in dignity in the list of the 14 Churches historically recognized in the universal communion. Patriarch Theodoros II was actually considered one of the closest to his Moscow confrere Kirill (Gundjaev), having studied in his youth at the Soviet University of Odessa in Ukraine, where he presided over the local branch of the Alexandrian Church from 1985 until almost 2000, and seemed to be one of the most staunch supporters of the Ukrainian Exarchate loyal to Moscow.

In 2018 he had visited his old church in Odessa and promised to defend the “Muscovites” even in the face of other Orthodox, except that he then aligned himself with the positions of the Ecumenical Patriarch of Constantinople Bartholomew (Archontonis).

As happened also in the previous years of Kirill’s patriarchate, the the end of the year Synod also saw the most traumatic decisions addressed and make many changes made in the patriarchal offices: a “waltz of chairs” typical of the impetuous character of the current head of the Russian Orthodox. Thus, several superiors of monasteries were replaced, displacing those most rebellious and entrenched in positions of contestation to the sanitary norms of these years of pandemic.

One of the most prestigious, Bishop Leonid (Tolmačev), igumen of the great monastery of Optina Pustyn, the historical seat of the nineteenth-century startsy (spiritual fathers), has been replaced by the more faithful Iosif (Korolev), until now bishop of Možajsk in southern Russia.

Feofilakt (Moiseev), the bishop of Mytiši on the outskirts of Moscow was also retired. He had caused a scandal for a video showing him beating a concelebrating priest with full force during a liturgy.

The Synod also celebrated Patriarch Kirill on his 75th birthday last November 20, for which he had received congratulations from President Putin and the country’s entire political leadership. The bishops wanted to emphasize their devotion to the supreme hierarch of Moscow with the gift of a new tiara, the Byzantine “koukolion” which in Russian sounds sympathetically as “patriarch’s doll”: only in Moscow is it worn in white to emphasize the ancient claims of “pope of Orthodoxy” of Tsarist times. The new headdress, in fact, is very similar to those of the early days of the Moscow Patriarchate in the seventeenth century, when Kirill’s predecessor, the reformer Nikon (Minin) had tried to elevate Moscow to the center of world Orthodoxy, thus causing the abolition of the Patriarchate by Peter the Great.