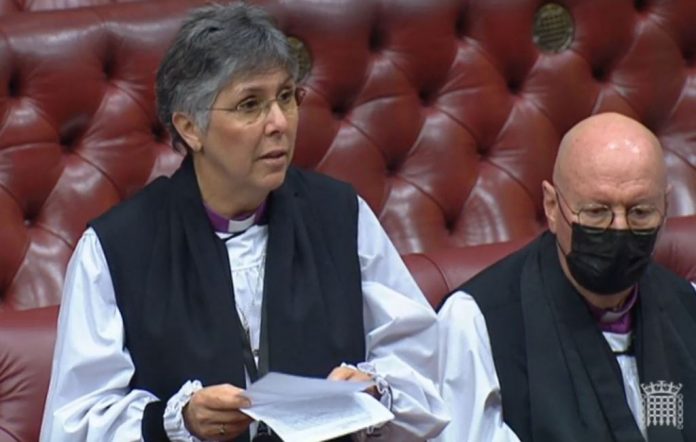 The Lord Bishop of Chelmsford: My Lords, I was introduced to the House barely a month ago, having recently taken up my post as Bishop of Chelmsford, that vast and wonderful diocese that covers the whole of Essex and east London. It is a privilege to serve this diocese, which is complex, diverse and full of opportunities and challenges. Today, I thank everyone here who has offered me the warmest of welcomes. I am immensely grateful, in particular, for the help and support that I have received from staff and officials.

I have a deep and personal interest in the subject of this debate. Not only have I met Richard Ratcliffe and followed the story of Nazanin over the years, but I myself originally come from Iran. Born and brought up there, I left as a teenager during the Islamic Revolution, following difficult and traumatic circumstances. I was born into a Christian household, my father having been a convert from Islam to Christianity, in a small village in the centre of Iran. We were part of the tiny Anglican Church in Iran, which, when I was growing up in the 1970s, was made up primarily of converts and second- and third-generation Christians.

Our small community was hit hard when the revolution ushered in a period of unrest and chaos, and the church experienced a season of intense persecution. Properties were confiscated, financial assets were frozen and one of our clergy was murdered in his study. My father, who was by then bishop of the church, was briefly imprisoned before an attack on his life, which he survived but in which my mother was injured. In May 1980, my 24 year-old brother had his car ambushed on his way home from work. Two men got in next to him, and after a brief conversation witnessed by passers-by, he was shot in the head and died instantly. No arrests were ever made, no court case was followed and no explanation was offered for his murder. It was soon after this that I found myself in this country, originally with refugee status and eventually as a British citizen.

I have experienced first-hand the sting of injustice—injustice born of being caught up in events that are bigger than we are and in the face of which we are powerless. I remember well the chilling experience of a hand hovering over my father’s as he went to pick up the phone while our home was being raided by the authorities. It was a hand that prevented him calling for assistance as he helplessly watched the house being ransacked and his belongings destroyed. None of this, however, has left me bitter or with ill will towards my homeland or my countryfolk—far from it. I retain a deep love for Iran and her people, and a desire to work for reconciliation with those of other faiths and across all the divides that we create as human beings.

All of this brings me to today’s debate and to Nazanin Zaghari-Ratcliffe, her husband Richard, and their daughter and wider family. Resolving this situation, this great injustice, to reunite a family who are innocent pawns in power struggles that have nothing to do with them requires the best of both civilisations involved—Persian and British. Iran is a land with a rich culture. It has produced some of the greatest poets, architects, artists and scientists over its long and distinguished history. At the time of King Cyrus the Great, the Persian Empire arguably gave birth to the notion of religious tolerance. Cyrus was King of Persia in the sixth century BCE. Having conquered Babylon and liberated the Jews from captivity, he decreed that the Temple in Jerusalem be rebuilt, so that any Jews choosing to return could worship freely. Cyrus modelled a way for people of difference to live alongside one another in peace, and the Cyrus cylinder or charter still stands today as a testament to this ideal in the British Museum.

British civilisation is also built on principles of compassion, tolerance and justice. These are thoroughly British values from which I and many other refugees, immigrants and asylum seekers have benefited over the years. But, at their heart, compassion, justice and tolerance are more than words. To have their fullest meaning, they must be lived—demonstrated in deed as well as word. In the case of Nazanin, we must see these principles enacted now. We need meaningful action, which demands that both countries involved draw on the best of their traditions.

The British Government have acknowledged that this country owes a debt to Iran that is now 40 years overdue. As has already been said, this is not ransom money; it is a long-standing obligation. The payment of this debt would demonstrate something crucial about how Britain chooses to play her part in the world, with integrity and decency, honesty and trustworthiness. If Britain fulfils her obligations, Iran too must act from the best of her traditions, which exemplify beauty, honour, truth and respect.

Finally, Nazanin and other British-Persian dual nationals, among them Anoosheh Ashoori and Morad Tahbaz, are embroiled in a great injustice not of their own making, in the face of which they are utterly powerless. There are, however, powers at play that can effect change and right this terrible wrong. I urge the Minister to use what authority he has to help unlock this intractable situation by paying the debt owed, so that we