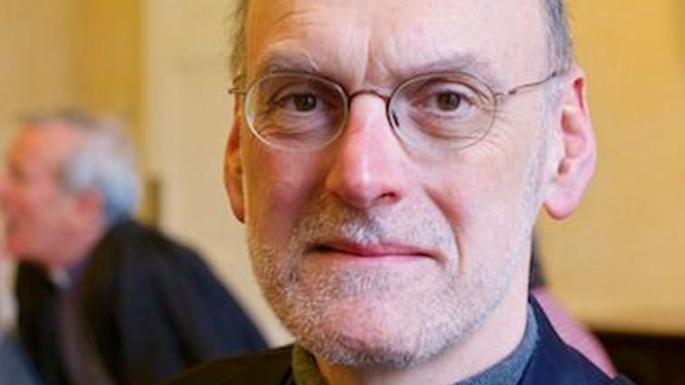 [19 Oct 2021] In the light of the terrible murder this past week of Sir David Amess, I am setting aside this morning’s appointed readings to address an important and controversial issue it raises. It seems that the person who killed Sir David is the son of a Somali immigrant, perhaps inspired by an extreme version of Islam. Let’s be clear. Politically motivated violence is not the preserve of immigrants; the murderer of Jo Cox, MP, in 2016, for example, was a white Scotsman, apparently inspired by xenophobic nationalism. Nevertheless, in the past two decades there has been a considerable number of instances of murder committed by immigrants inspired by radical Islam, not only in this country but also on the European continent, and, as we remembered last month, in the United States on 9/11. And this reminds us that the task of integrating people from very foreign cultures into the values and norms of contemporary Britain is not an easy one, that success cannot be taken for granted, and that failure can lead to conflict, sometimes violent. Thus arises the controversial issue of immigration policy, which will be the focus of what I have to say.

The mass migration of people has been a recurrent phenomenon in world history. From 1815 to 1924, for example, 25 million people emigrated from Britain during a period when mass migration was a global phenomenon, involving about 35 million continental Europeans, 7 million Russians, and (from 1846 to 1940) 50 million Chinese and 30 million Indians. Today, on the far side of the Atlantic, Latin Americans press on the southern borders of the United States; and on this side, people from the northern half of Africa, from Syria, and from as far east as Afghanistan, Bangladesh and Hong Kong, make heavy financial investments and take huge risks with their lives to gain entry to Europe. And, once inside Europe, thousands of them choose to pay more money and take further risks in crossing the English Channel in order to reach Britain.

Let’s also be clear: immigration is not always a problem. It can be a benefit, enriching the receiving country culturally and populating its workforce with industrious and enterprising workers. Nevertheless, sometimes it can be a problem. As the eminent Oxford development economist, Paul Collier, argued in his 2013 book, Exodus, sudden immigration on a massive scale typically creates two major problems, one in the receiving country, the other in the sending country. The first is that lots of people arriving from the same part of the world in a foreign place naturally tend to congregate together, creating ghettos, which are not well integrated into the host society and may strain social cohesion, trust, and solidarity by perpetuating cultural customs that are not merely foreign to natives, but morally objectionable—such as the degradation of women, forced marriage, honour killing, and the incitement of violence against infidels.

In extremis the receiving country can be overwhelmed by migrants, destroying its society. That is what happened when Europeans arrived in their thousands, then their tens of thousands, and then their millions in North America and Australia in the 18th and 19th centuries. Native peoples were overwhelmed, sometimes annihilated, because their borders were all too open.

The second problem is that, since migrants tend to be among the more enterprising of the citizens of the sending country, sudden emigration on a massive scale can strip the sending society of much of its talent. Thus in 2018 about 40% of all Syrians with university degrees were resident in Germany. And Bulgaria is predicted to lose about 23% of its population over the next thirty years, largely thanks to the European Union’s policy of free movement.

So, mass immigration can be a problem. How, then, in the light of biblical and subsequent theological tradition, should we Christians respond to it?

First, Christians should withhold themselves from dismissing out of hand as ‘racist’ concerns about the control of immigration and objections to a policy of open borders. This is not only because of the thoughtless and aggressive profligacy with which the word ‘racist’ is thrown about nowadays. It is also because middle-class Christians should be aware that problems raised by mass immigration that may be invisible to them, are not so invisible to their working-class fellow citizens. To members of the middle class, if I may stereotype for a moment, immigrants mean cheap and industrious home-help and polite coffee-shop baristas. But to the working class they can mean competition for jobs and housing, or a reason for employers not to invest in training the native unemployable.

Second, of course, Christians should acknowledge the duty of care for the alien, but they should also recognise that that care can take different forms. It should certainly involve providing asylum for those suffering political persecution, and maybe those fleeing war and failed states, too. It should also involve giving international aid in the form of investing in the stability and prosperity of poor, unstable countries—say, in the Middle East or Africa— so that talented citizens do not feel the need to pay the exorbitant expense and take the high risks of escaping into very alien environments, where they might or might not learn to feel at home.

Third, as a rule, I do think that illegal economic migrants should be returned home. The reasons for this are several. One is that if illegal migrants are not returned home, then many others will be encouraged to follow them. In that case, we would have open borders de facto, if not de iure.

Another reason is that, whatever its duties to foreign peoples, a national government does have a primary duty of care towards its own people and their legitimate interests. The pursuit of self-interest is not always selfish. I follow Thomas Aquinas’s combination of St Augustine’s strong, biblical affirmation of the original goodness of God’s creation with the philosophy of Aristotle, which holds that there is such a thing as morally obligatory self-love. The human individual has a duty to care for herself properly, to seek what is genuinely her own good. As with an individual, so with a national community and the organ of its cohesion and decision, namely, its government: a national government has a moral duty to look after the well-being of a large political body of human individuals—and in that sense to advance their genuine interests. As the French political philosopher, Yves Simon, wrote during the Abyssinia crisis of 1935, “What should we think, truly, about a government that would leave out of its preoccupations the interests of the nation that it governs?”. Among the legitimate interests of citizens are upholding the rule of law, maintaining the confidence and compliance of law-abiding citizens, and protecting social cohesion, trust, and solidarity. In other words, a national government has a duty to preserve precisely those features of a society that make it attractive to migrants.

I imagine that some will find this last point heartless, lacking in compassion. So the fourth response of Christians to the problem of mass migration should be to remember that compassion needs to look in more than one direction. Certainly, it should look upon the migrants, who, however illegal, have been propelled by great need and great desire to pay high costs and take great risks to get here. But it should not overlook the poor who are already among us, many of whom may be white but are not at all privileged, and who may feel, with some good reason, threatened. Nor should compassion avert its eyes from what the great 20th century American public theologian, Reinhold Niebuhr, nicely termed “the burden-bearers of the world”—that is, those members of government and the civil service, to whom we have outsourced the onerous responsibility of making hard decisions on our behalf.

Finally, fifth, we Christians should recognise that compassion is not the only virtue that we are obliged to exercise. We are also obliged to do justice to all parties and to display prudence. And sometimes justice and prudence ought to qualify compassion in requiring difficult decisions that knowingly cause other people distress. Sometimes, as Martin Luther famously put it, God’s love—and so ours—must operate with its left hand.

In sum, then, I think that Christians should respond to the phenomenon of mass migration in five ways: