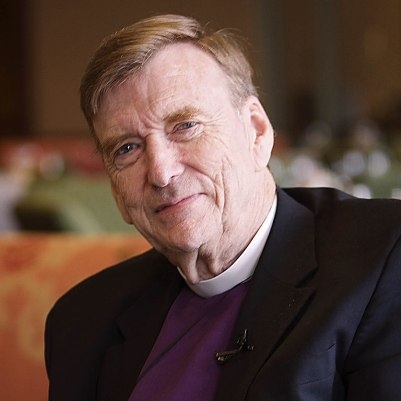 John Shelby Spong, best selling author and for 24 years Bishop (regional leader) of Newark – across the river from Manhattan – has died, aged 90.

Spong was a key leader on the left of The Episcopal Church (a US-based branch of Anglicanism) that has moved in a liberal/progressive direction.

Spong led his followers to embrace emerging social movements, and not to trust the Bible. In his final book, Unbelievable: Why Neither Ancient Creeds Nor the Reformation Can Produce a Living Faith Today, published in 2018 he repeated the 12 theses he was famous for.

His first thesis sets the tone. “Understanding God in theistic categories as a being, supernatural in power, dwelling somewhere external to the world and capable of invading the world with miraculous power’ is no longer believable. Most God talk in liturgy and conversation has thus become meaningless.”

Secondly, that means “If God can no longer be thought of in theistic terms, then conceiving of Jesus as “the incarnation of the theistic deity” has also become a bankrupt concept.” The former bishop did not believe that Jesus is the saviour.

Spong called on Christianity to rapidly change, outlined in his 1999 book  “Why Christianity Must Change or Die: A Bishop Speaks to Believers In Exile.”

Spong, it seems never could quite grasp that Christians could believe the Bible. “We imposed fundamentalism on the Bible, he told Religion Despatches. “No one who has ever read the Bible could be a literalist.”

The gospels were fabricated, according to Spong. So for example “the feeding of the 5,000 was not a miracle. It was a retelling of Moses’ manna in the wilderness story heightened and applied to Jesus.

Spong’s liberalism was built on the writings of earlier high modernist scholars. For example, Rudolf Bultmann (1884-1976) whose advocacy of “demythologising” Christianity is reflected in Spong.

“I regard him as the greatest New Testament scholar of the 20th century. ‘” Spong wrote of Bultmann, telling an enquirer “When Bultmann said “Jesus rose into the Kerygma,” he was asserting that the resurrection of Jesus had nothing to do with his resuscitation back into the life of this world. It had nothing to do with a buried body walking out of a tomb.”

Paul Tillich (1886-1965), an existentialist philosopher/theologian, was Spong’s favourite theologian – and Spong’s conception of Christianity simply as an expression of compassion and love can be seen to reflect Tillich. Spong is best thought of as a populariser of liberal theologians, rather than a developer of new ideas.

Spong was aware that in advocating a new Christianity that led people away from orthodoxy, it might die. By the end of his life, he was aware that his view was unlikely to become the mainstream of Christianity. Both belief in Jesus as the saviour of the world and the Bible as a truthful revelation from God have withstood the modernist wave that Spong popularised, and Spong was aware of that.

“The older I get the more deeply I believe, but the fewer beliefs I have,” he told Religion News Service’s (RNS) David Gibbons  in 2013, referring to an adage relayed to him by another bishop.  “And I think that’s probably where I am. I have a sort of a mystical awareness (of God) that’s indescribable but I can’t avoid it. When I am asked to define God i am almost wordless.”

His experience as Bishop of Newark was a case of changing Christianity and seeing it die.

Conger notes. “The Diocese of Newark under Spong, thus, has declined at a rate 20.1 percentage points higher than the rate for the entire Episcopal Church. This rate of decline is 86% faster than the Episcopal Church, whose losses are considerable in and of themselves.”

Spong criticised Rowan Williams as Archbishop of Canterbury for leading the Church of England to follow orthodox beliefs. Williams replied that indeed he did believe in a literal bodily resurrection.

Of Spong’s 12 theses Williams wrote “The implication of the theses is that the sort of questions that might be asked by a bright 20th century sixth-former would have been unintelligible or devastating for Augustine, Rahner or Teresa of Avila. The fact is that significant numbers of those who turn to Christian faith as educated adults find the doctrinal and spiritual tradition which Bishop Spong treats so dismissively a remarkably large room to live in.”