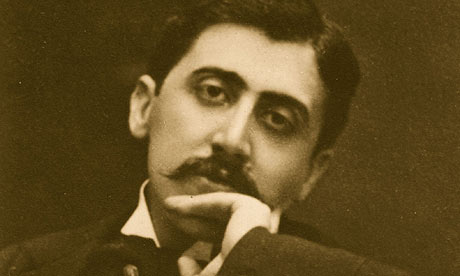 Jack Spong’s recent brush with death turned my thoughts to an article I published in 2013 in GetReligion on the former Bishop of Newark, now recovering from a stroke at a New Jersey nursing home. First published on 11 Oct 2013.

Jack Spong’s recent brush with death turned my thoughts to an article I published in 2013 in GetReligion on the former Bishop of Newark, now recovering from a stroke at a New Jersey nursing home. First published on 11 Oct 2013.

Many years had elapsed during which nothing of Combray, save what was comprised in the theatre and the drama of my going to bed there, had any existence for me, when one day in winter, on my return home, my mother, seeing that I was cold, offered me some tea, a thing I did not ordinarily take. I declined at first, and then, for no particular reason, changed my mind. She sent for one of those squat, plump little cakes called “petites madeleines,” which look as though they had been molded in the fluted valve of a scallop shell. And soon, mechanically, dispirited after a dreary day with the prospect of a depressing morrow, I raised to my lips a spoonful of the tea in which I had soaked a morsel of the cake. No sooner had the warm liquid mixed with the crumbs touched my palate than a shudder ran through me and I stopped, intent upon the extraordinary thing that was happening to me. An exquisite pleasure had invaded my senses, something isolated, detached, with no suggestion of its origin. And at once the vicissitudes of life had become indifferent to me, its disasters innocuous, its brevity illusory — this new sensation having had on me the effect which love has of filling me with a precious essence; or rather this essence was not in me it was me. I had ceased now to feel mediocre, contingent, mortal. Whence could it have come to me, this all-powerful joy? I sensed that it was connected with the taste of the tea and the cake, but that it infinitely transcended those savors, could, no, indeed, be of the same nature. Whence did it come? What did it mean? How could I seize and apprehend it?

Remembrance of Things Past. Volume 1: Swann’s Way: Within a Budding Grove by Marcel Proust, translated by  C.K. Scott Moncrieff. p. 48.

Jack Spong is my petite madeleine.

The former Episcopal Bishop of Newark does for me what a cookie did for Marcel — open the door to bittersweet memories. The taste of the tea-soaked biscuit reminded Marcel of Charles Swann’s destruction that had been precipitated by his unfaithful wife Odette. An article in today’s Washington Post‘s On Faith section from the Religion News Service reminded me (as a priest in this church) of the destruction of the Episcopal Church precipitated by its unfaithful leaders over the past 40 years.

The article entitled “An aging maverick, Episcopal Bishop John Shelby Spong has no regrets” is part Edith Piaf — part Soviet Life hagiography. As I read through article I heard Jack Spong proclaim “Non, Rien de rien / Non, Je ne regrette rien” — while RNS went into full bore People magazine puff piece mode. All that was missing was the photo of the smiling peasants with their balalaikas extolling the virtues of the dear leader. One cannot blame Jack Spong for his part, but I do think RNS might be a little embarrassed.

The article opens on a friendly note:

MORRIS PLAINS, N.J. — At 82, retired and enjoying life, Bishop John Shelby Spong doesn’t have to be the liberal enfant terrible whose pronouncements for gay rights and against traditional dogmas once scandalized Christendom.

Indeed, many of the views that once turned the former Episcopal bishop of Newark into a lightning rod are now regarded as so matter-of-fact that they barely occasion much notice: ordaining gay clergy and blessing same-sex marriages, for example, or having a female presiding bishop, Katharine Jefferts Schori, the first woman elected to lead a national church in the Anglican Communion.

And it gets better from here. The good bishop enumerates his triumphs with but slight modesty … but he discounts any direct responsibility.

Yet while he finds the victory deeply satisfying, he says he doesn’t take personal pride in this tectonic shift.“I was simply interpreting a rising consciousness,” he said. “Whether it was race or women or homosexual people, the issue was always the same: fighting against anything that dehumanizes a child of God on the basis of an external characteristic.”Now, he said, “I feel mellow,” his soft drawl burnishing the tone of reflection. “And I don’t think I’ve changed, particularly. I’m just not controversial in my church anymore.”

But RNS tells us:

[T]hose who love Spong — and the many who love to hate him — need not worry: He is hardly going gently into that good night. He seems as vital and youthful as ever, tall and lanky with a shock of reddish hair that still falls insistently across his forehead. He does four miles every morning on the treadmill, and he and his wife travel about 60 percent of the year, mainly at the invitation of audiences who want to hear more from Spong.And he has a new book out — his 24th. This latest one is a take on the Gospel of John called “The Fourth Gospel: Tales of a Jewish Mystic.” As the subtitle suggests, Spong reads the Gospel through a Jewish lens, as he has done in many of his works.

It continues in this vein of hero worship. Jack Spong is a mystic — but a rationalist one.

In a sense, following the path of a mystic — like the author of the Gospel of John — only became possible as Spong, the rational-minded Bible scholar, aged. And that process in turn seems to have highlighted Spong’s roots as a pastor and teacher — a spiritual writer as much as a controversialist.

I do not begrudge the old lion his roar and Spong makes fewer mistakes than he is wont to do — he states with confidence that the Gospel writers were all Jews, while most New Testament scholars would argue Luke was Greek, see Lea & Black The New Testament: Its Background and Message, citing Colossians 4:10-11.

But how does RNS expect any but the most gormless of its readers to take this article seriously as journalism? No hard questions are asked of the bishop. Nothing about his tenure as bishop when his diocese was in free fall — collapsing faster than the city of Detroit.  Shortly after Spong retired Robert Stowe England penned a post-mortem of the bishop’s tenure, writing:

Nor is there an appreciation of Spong’s standing as a theologian — apart from that offered by the good bishop. In 1998, before he became Archbishop of Wales then Archbishop of Canterbury, Rowan Williams was one of the leading scholars of the Anglican left — the author of the then standard apologetic for changing the church’s teaching to support same-sex relationships. Williams was not impressed with the Spong’s scholarly acumen.

Dr. Williams’ relationship with Bishop Spong, the author of a slew of books questioning the basic tenet of Christianity, has been difficult. In 1998 Dr. Williams characterized Bishop Spong’s controversial 12 theses as “immature”. Their implication he wrote “is that the sort of questions that might be asked by a bright 20th century sixth-former would have been unintelligible or devastating for Augustine, Rahner or Teresa of Avila.”

Nor do we hear of Bishop Spong’s humiliation at the 1998 Lambeth Conference, when the Episcopal Church’s Presiding Bishop Frank Griswold apologized on behalf of the church to the bishops of Africa for “racist” comments made by the Bishop of Newark in an interview with the Church of England Newspaper. Bishop Spong — who in the run up to the conference was a media darling — left the conference early with his tail between his legs.

I write this not to attack the man, but to point out the perils of hagiography for journalists. If you are going to paint the subject of your interview as being a giant among giants — a successful bishop, a provocative scholar and a champion of minorities — you should be sure of your ground.

Here is the key journalistic point: The areas that RNS choose to highlight with the selection of its quotes were also the areas of Spong’s greatest failure. These omissions rob the article of credibility. There are too many missing essential facts.

The bishop and Proust’s petite madeleine are both light and insubstantial things — though the petite madeleine is the size of large nut and the bishop is rather bigger. Yet in an odd sort of way they share themes of the destructive force of obsessions and the allure and fatal consequences of transgressive sexuality.

Jack Spong is a great man, but also a tragic one — while the RNS piece is simply silly.

First printed in Get Religion.