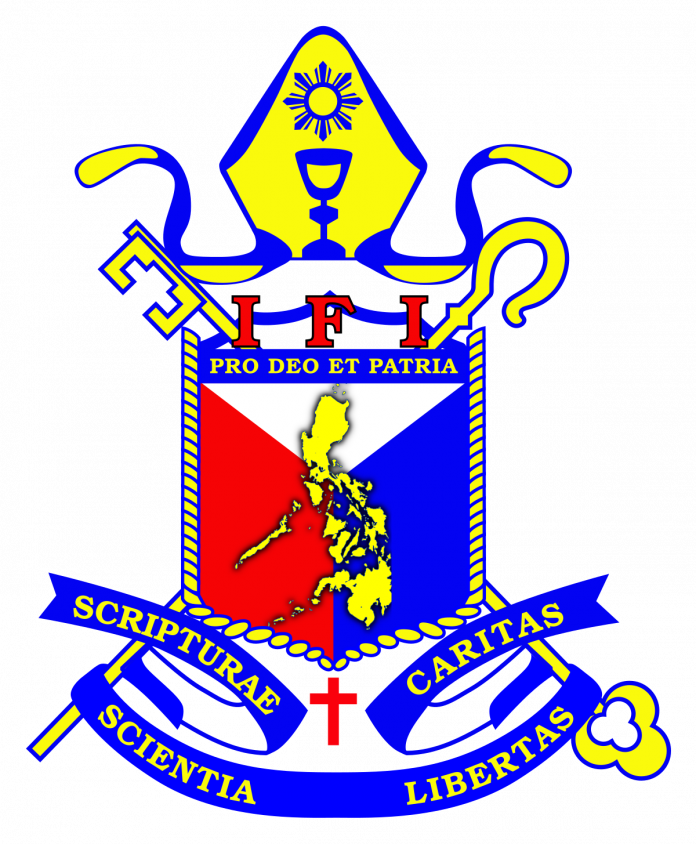 “Let us be glad and rejoice” (Psalm 118) on the occasion of the 500th anniversary of Christianity in the Philippines.  We, representing the Iglesia Filipina Independiente (IFI) and the Roman Catholic Church (RCC), express our joint thanksgiving to the Lord for the gift of the Gospel for the Filipino people.

We acknowledge this gift of Faith in God who is Father, Son and Holy Spirit, as expressed in the Apostles’ Creed and the Nicene Creed. We share the same Baptism, using the Trinitarian formula. This sacramental initiation incorporates us all in the one Body of Christ. Moreover, both churches manifest a strong devotion to the Blessed Virgin Mary, invoking her maternal intercession for all her children to come together and for upholding the dignity of women.

Historically, the IFI separated from the RCC in 1902, in the midst of a turbulent period of the Filipinos’ struggle for independence against the colonial rule of Spain and the United States. The formation of the IFI was not against the Catholic Church, but rather against the continued domination of Spanish bishops and priests in the dioceses and parishes of the colony. As part of a nationalist revolution, the creation of the IFI also signified a “religious revolution” that appealed to the patriotic sentiments of the populace aspiring for the birth of a nation.

Members of both churches have also participated in the struggle for Social Justice and supported the aspirations of the peasantry for wider distribution of landholdings and the rights of laborers, producing martyrs for justice. Filipino Nationalism, which grew out of the earlier struggle of the Filipino secular clergy for recognition and from the struggle for social justice, is a common legacy of both churches.

With the coming of other Christian denominations during the American colonial period up to the present, Christianity in the Philippines has evolved with a variety of traditions. The Iglesia Filipina Independiente has entered into a Partnership Covenant with the United Church of Christ in the Philippines (UCCP). She is one of the member-churches of the National Council of Churches in the Philippines (NCCP), and the World Council of Churches (WCC). She has established concordats of full communion with the Episcopal churches and with several churches in the Anglican Communion, the Old Catholic Churches of the Union of Utrecht, and with the Church of Sweden. The IFI has accepted women in the ordained ministry of their Church. She also strives to reach out for healing and reconciliation with other separated churches founded in the Aglipayan tradition.

Over the past century, the Roman Catholic Church has also grown with the appointment of numerous Filipino bishops together with the diminishing role of foreign missionaries. She has opened her doors to ecumenical fellowship with other Christian churches. The Decree on Ecumenism (1964) of the Second Vatican Council states that “…all who have been justified by faith in baptism are incorporated into Christ; … they are accepted as brothers [and sisters] by the children of the Catholic Church”. The document continues by noting that many elements that build up and give life to the Church “can exist outside the visible boundaries of the Catholic Church: the written Word of God; the life of grace; faith, hope and charity, with the other interior gifts of the Holy Spirit” (No. 3). “The true value of ecumenism…in the area of faith, justice, peace and development” has also been endorsed by the Church’s Second Plenary Council of the Philippines in 1991 “for lay faithful, clergy and religious” (Art. 34).

Both the IFI and the RCC thus express their readiness for more ecumenical cooperation amidst diversity. As church leaders, we ask and pray for mutual forgiveness for any injuries inflicted in the past. We shall strive for the healing and purification of memories among our members.

Through “spiritual ecumenism,” we commend and encourage joint activities in our prayer services such as the celebration of the Week of Prayer for Christian Unity, Stations of the Cross during Lent and Holy Week processions, and Scripture reading on Easter Sunday and other important feast days. Members of both churches can also join hands in social action ministries such as defending human rights and the dignity of the poor, migrants, women and children, and indigenous people; care for the environment; and peace building. We can hold ecumenical commemorations for those who have died in the pursuit of social justice.

We encourage our local communities in parishes, schools and seminaries to forge these ecumenical ties of fellowship and common action. We pray for the success of these endeavors, listening to Jesus Christ who says: “For where two or three are gathered together in my name, there am I in the midst of them” (Matthew 18:20). At the Last Supper, our Lord also prayed: “That they may all be one, as you, Father, are in me and I in you, that they also may be in us, that the world may believe that you sent me” (John 17:21).

May the Lord of history and our Blessed Mother be our companions in this journey of Faith.

For the Roman Catholic Church: