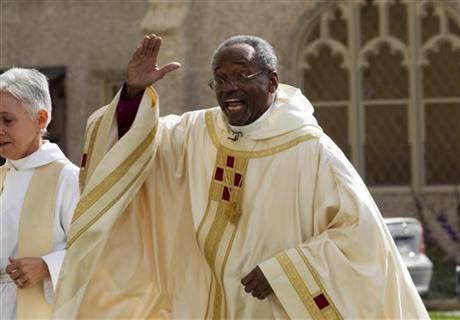 “Did you get your sugar cube?”

My father asked me this question one day in the early 1960s when I came home from elementary school. At first, I was not sure what he was talking about, but then I remembered: Earlier that day, all the children at my school had been handed a little sugar cube with some liquid on it.

We popped it in our mouths and went on with our assignments, not really giving a second thought to the fact we were being vaccinated against polio, which was once a frightening and dreaded disease.

My father smiled and thanked God that I had received the vaccine that day, though I didn’t know why it mattered that much at the time.

Years later, after he had retired, my father had a stroke. After one of the surgeries, I was sitting with his sister – my Aunt Carrie – in the intensive care unit by his bed. At some point, she stood up, pulled the sheets back, his gown partially up, and began to rub his legs. As she did that, she began to sing hymns and spirituals to God like we were in church.

I asked her what she was doing. She replied, “Did you ever notice that your daddy walked with a limp?” I had, but I didn’t know why. I remembered that he would jokingly call himself “Hopalong Cassidy” after a cowboy from movies in his childhood.

Aunt Carrie told me, “Your daddy walks with a limp because he had polio when he was a little boy. Nana, your grandma, use to rub his legs at night with some ointment the doctor gave her, and she would sing songs like ‘Amazing Grace’ and ‘Blessed Assurance.’ ”

Only then did I understand why my father was so thankful that I was able to get the polio vaccine in school so many years before. There wasn’t a vaccine when he was a child, but there was one for his children and others like us.

Our kids need adults to step up

Oddly enough, we now find ourselves in a slightly reversed situation. In this country, we have safe and effective vaccines against COVID-19, but they’re available only for adults and young people who are 12 or older. Vaccines for younger children are in development but are not ready yet.

If we as adults will get vaccinated, we can reduce the spread of the virus and help to protect the children. If you won’t do it for yourself, do it for children who are going to school this fall.

What Jesus said about children

Protecting and safeguarding the wellbeing of children is at the core of what it is to be human and humane. It’s at the heart of God’s intention for the human family. There is an often-sentimentalized story to this effect in the New Testament, but the story behind that story is not at all sentimental.Get the Opinion newsletter in your inbox.

What do you think? Shape your opinion with a digest of takes on current events.Delivery: DailyYour Email

Jesus of Nazareth was teaching and healing people in the rural areas of first century Galilee. Some local women brought their babies and children to him for him to bless them. Some of his followers prevented them from getting to Jesus, and when he realized this, the Bible says he became “indignant” – incensed, livid, upset, distressed, angry.

These women were likely impoverished peasant women whose lives were hard and whose children were the most vulnerable in the first century world. These were children for whom disease and poverty were a constant threat. Their mothers were bringing them for prayer, blessing and protection.

Jesus was furious when he saw the needs of children being pushed aside and ignored. For him, the way of unselfish, sacrificial love that seeks the good and wellbeing of others is at the heart of God’s law for human life and society. That way of love demanded attention to the most vulnerable and helpless – in this case, children.

Jesus then commanded his followers to let the children come to him. The old King James Version of the Bible translates his words this way: “Suffer the little children to come unto me and forbid them not: for of such is the kingdom of God.” (Mark 10:14) He took them in his arms – holding them, shielding them, protecting them – and blessed them.

We who can receive the COVID-19 vaccine are being asked not just to protect ourselves, but also to protect children.

So even if you don’t want to get the vaccine for yourself, do it for the children.

Maybe one day, when they have grown up, they will be able to look back, and like my father, smile and thank God that we got the vaccine in our day.

Michael B. Curry is presiding bishop of The Episcopal Church.