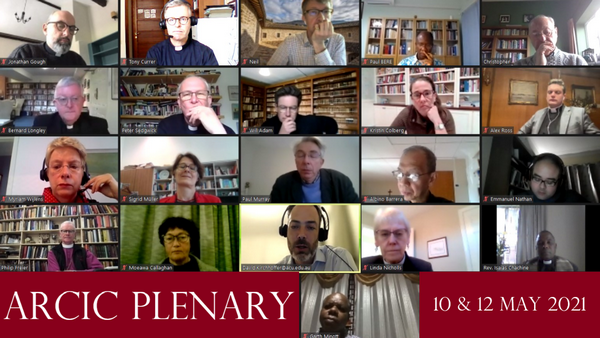 The Anglican-Roman Catholic International Commission was, for the second consecutive year, unable to meet in plenary due to COVID-19 travel restrictions. Instead, the Commission met in two webinars on 10 and 12 May in which they considered the forthcoming study document of the Faith and Order Commission, Churches and Moral Discernment: Facilitating Dialogue to Build Koinonia. This document was presented jointly by Professor Myriam Wijlens, Co-chair of the study group and consultant of ARCIC, and Dr David Kirchhoffer, the principal drafter of the text. Members considered how the work, and specifically the “Tool” for Moral Discernment developed in the document, could be integrated with ARCIC’s own work.

The Commission is currently examining the question of how the Church in communion discerns right ethical teaching and, in continuity with its previous agreed statement, Walking Together on the Way, is using Receptive Ecumenism to examine this question. The Commission decided to meet for two further webinars later in the year in which it will return to previous case studies presented in its Jerusalem 2019 plenary in the light of the work of the Faith and Order study.