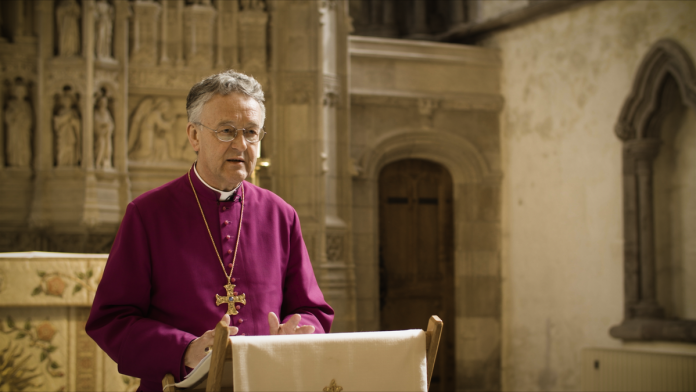 The Archbishop of Wales, John Davies, is calling for the UK Government to condemn the behaviour of President Trump and for the US seriously to consider invoking the 25th Amendment to the Constitution to remove him from power.

In a statement today he says:

“For a number of years, the President of the United States has shown himself and has been shown by others to be a person of questionable morals, judgement and wisdom. He has been given to inflammatory rhetoric and intemperate, prejudicial public statements. Now, in recent days, he has shown himself to be possessed of a shameful self-image which, he evidently believes, permits him to ignore the democratic processes of his country and the democratically expressed will of its people. It is with such a mindset and self-image that he chose, yesterday, to incite others to engage in behaviour which has resulted in mayhem, injury and death at the Capitol.

“In the strongest possible terms, the UK Government and the national governments of the United Kingdom must make it absolutely clear that they condemn such actions and attitudes. Even though the Trump presidency is in its dying days, and despite the fact that one nation should not seek to interfere in the processes of another, I would hope that those in a position to do so would seriously consider invoking the 25th Amendment to the Constitution of the United States and end it immediately. This would be no empty gesture, because no politician has a right to determine that they are unaccountable for their behaviour. When such behaviour is so gross, obvious and anti-democratic, it should not be allowed to pass.”