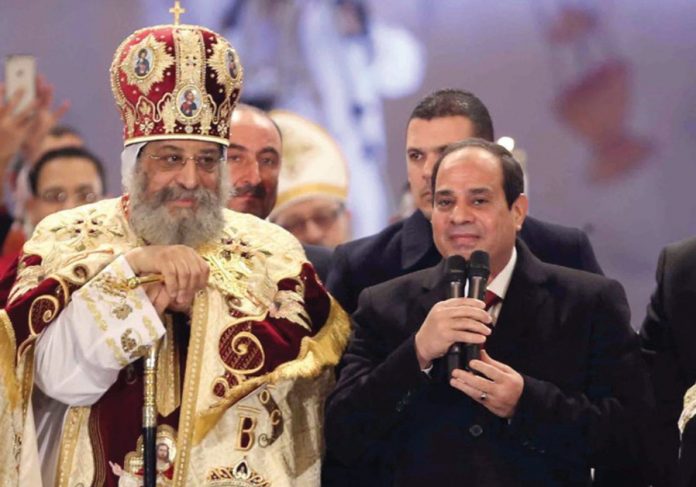 Cairo – “When I meet the leaders of the world, they always ask me questions about the persecution that is affecting us in Egypt, and I answer that there is no persecution, clearly rejecting this expression to qualify our condition in our country”. This is how Coptic Orthodox Patriarch Tawadros II described his reaction to foreign representatives – including political leaders and Heads of State – who, when they meet him, evoke in their conversation formulas and schemes with which the Coptic Christians of Egypt in the “mainstream” media representation , and in general the Christian communities in the countries of North Africa and the Middle East, are systematically labeled as “persecuted minorities”.

This representation – explained Pope Tawadros in an interview broadcast by the satellite television channel Nile TV on the occasion of the Coptic Christmas – provides “a distorted image of the situation in Egypt”, where Copts are called to face difficulties and problems also linked to sectarian violence and discrimination, which however do not constitute a condition of systematic religious persecution.

“If there is a problem between the different communities in a village”, the Patriarch explained, referring to recent cases of sectarian conflicts that have exploded in certain regions of Upper Egypt, “it is necessary to take into account that in Egypt there are 5 thousand villages. It happens that in some of them people act recklessly, but for this they are arrested and judged. I categorically reject the definition of “persecution” that some leaders put before me when they talk about Copts”.

During the interview, the Patriarch also dwelt on the new law on the construction of new churches, which since September 2016 has removed the limitations and conditions that previously made it also impossible to build new Christian places of worship in Egypt. Within the framework of this new legislative provision, promoted by President Adel Fattah al Sisi – commented the Patriarch – we can also perceive “the shrewdness of the political leader” who, through laws and choices, aims to preserve stability and social peace.