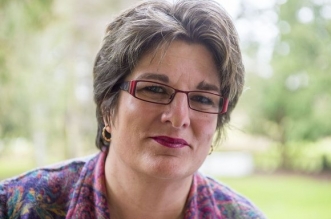 If British Christians believing in the traditional biblical ethic on marriage and sex are to resist the latest neo-Marxist move to make it illegal to express their conviction, then they need to wise up and get their act together.

Leading LGBT campaigner in the Church of England, Jayne Ozanne, (pictured) is calling for a public inquiry into evangelical churches that teach that the expression of sexual love should be confined to the God-created institution of heterosexual marriage. She claims such churches present a safeguarding threat:

‘Make no mistake about it, Church of England, this sort of teaching is wrong, harmful, dangerous and must (emphasis hers) be stopped. What is it going to take?  Another young person deciding to take their life? Another set of statistics and reports that tell you what you already know but refuse to admit, that you cannot try and appease all sides in this debate?…That is why I believe the time has finally come to call for an independent inquiry into the harmful practices and rhetoric that LGBT+ people are being subjected to in our society, and by certain religious groups in particular,’ she wrote  on her campaigning blog, Via Media.

She wants the inquiry to be similar to the Independent Inquiry into Child Sexual Abuse  in the Anglican Church in 2018 and 2019. At the IICSA hearings, various CofE bishops, including the Archbishop of Canterbury Justin Welby, were questioned by a Queen’s Counsel about the Church’s failure to deal properly with reports of abuse and to support victims. Public inquries in Britain often pave the way for legislative changes in the wake of their findings.

Ms Ozanne’s call for a public inquiry follows the publication last week of a video by the Church of England Evangelical Council (CEEC) called The Beautiful Story. This 30-minute resource featuring various evangelical leaders supports the traditional Christian sexual ethic in response to the CofE’s latest report  on human sexuality, Living in Love and Faith. This report sets a timetable for a decision in 2022 by the CofE’s governing body, the General Synod, about whether to change the teaching of the Book of Common Prayer that marriage is between one man and one woman for life and that sex is exclusively for marriage. So, 2022 could be when the General Synod allows for the blessing of same-sex relationships in churches or even opens the door to same-sex weddings.

Whilst the CEEC video contains some good material, it seems oblivious to the serious threat that rampant neo-Marxism presents to Christian freedom in Britain. One of the contributors, the Rev Charlie Skrine, used the phrase ‘straightforwardly homophobic’ to describe how ‘we’ have treated same-sex-attracted people in evangelical churches. Whilst some churches may have displayed Pharisaic attitudes, did not Mr Skrine realise that he was using neo-Marxist language, the very terminology that the commissars of political correctness will use to try to ban the traditional Christian teaching?

Mr Skrine is no small fry in the Anglican evangelical world. From being Associate Rector of City of London conservative evangelical flagship church, St Helen’s Bishopsgate, he has just been promoted to Rector of All Souls Langham Place, the Oxford Circus church from which the late Dr John Stott (1921-2011) exercised his worldwide evangelical ministry.

Traditionalists will need to be much more savvy about the toxic nature of the social Marxism that has marched through the institutions of British society if they are to defend the Christian faith. If Ms Ozanne gets her way over a public inquiry and evangelical Christians fail to mount a spirited resistance against the neo-Marxist onslaught, it could turn into a Stalinist show trial.
But if Anglican evangelical leaders like Mr Skrine can educate themselves and skilfully expose the threat to British democracy from the social Marxists that want to silence not just traditional Christians but anyone else who disagrees with them, then they might perform well at a public inquiry.

And who knows? The Free Speech Union might, the Lord willing, succeed in getting a public inquiry into the woke assault on freedom of speech in Britain and the need for stronger legislative safeguards to protect the silent majority from the likes of Jayne Ozanne.