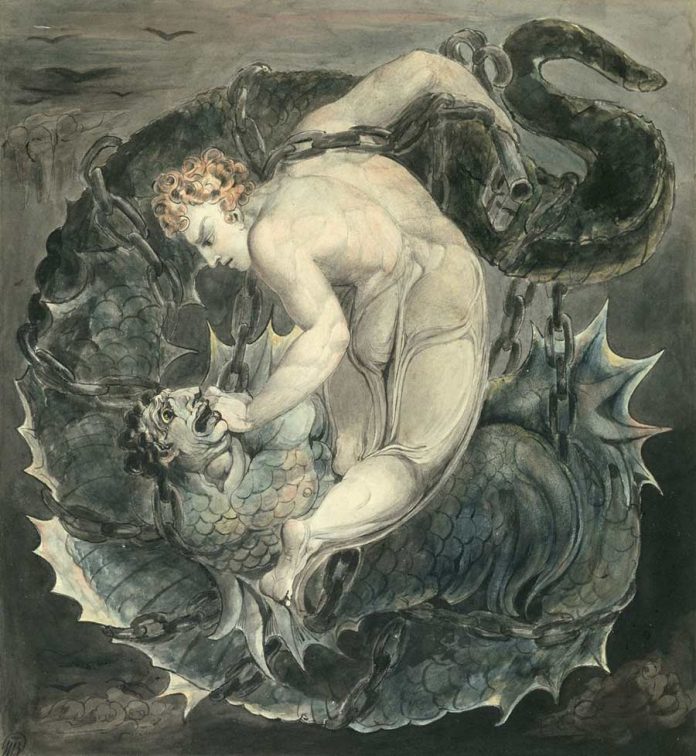 Prof. Ralph Hanna once entered a Caifornia classroom, dumped his rucksack on the desk, and, eyeing his students, said in a rich Texas drawl:  ‘Latin ees not daid. They jest changed its name to perteck its reputation.’ I’m tempted to say the same of medieval exorcism rituals:  they haven’t died out,  they’ve just changed their name to deliverance ministry.

That would not be fair, however. Deliverance ministry is more subtle and, in my view, perhaps even more dangerous than exorcism. Proponents of exorcism hold that a person can be possessed and controlled by one or more demons. Usually this would be seen as a fairly rare, though serious, occurrence. Many practitioners of deliverance ministry, on the other hand, inhabit a world infested with demons. They believe that even devout and faithful Christians are routinely troubled by these malign spirits. Everything from paisley pattern to Body Shop products has been described as ‘demonic’, with advice that Christians should avoid them.  People may become ‘demonised’ by being the victim of an assault, touching a dead body, or having ancestors who were Freemasons, alcoholics, or went to seances.

This is a world view dominated by fear.  ‘The Enemy’ (as they call Satan) and his minions are everywhere, they are powerful, and if we are not constantly on the alert they will get us.

Mommy told me something a little kid should know,

It’s all about the devil and I’ve learned to hate him so.

She said he causes trouble when you let him in the room,

He will never ever leave you if your heart is full of gloom….

(‘Let the Sunshine In,’ by Stuart Hamlen)

I heard one woman lament that her church’s round-the-clock prayer scheme had no one to cover the 3-4 pm slot, so that children coming out of school would be ‘unprotected’. It’s exhausting to have to foresee every danger in order to be able to pray about it. And it stems ultimately from a failure to trust God.

Full disclosure:  in my charismatic days I both participated in and was the subject of deliverance ministry (not always willingly, I may add). I stayed at Ellel Grange twice soon after it opened in the late 1980s; Ellel has since become notorious for its focus on the demonic. During my second curacy, in a large charismatic church, I was trained in John Wimber’s methods of power healing and deliverance. And I have had encounters with various leaders practicing this ministry, including Michael and Rosemary Green.

The demonologies taught by some feature hierarchies of evil spirits with different realms of responsibility. The demon or demons to be confronted are identified by the symptoms and history of the patient.  As just one example, Ellel identify ‘how the spirit of Jezebel operates through ungodly control’.  There may be talk of ‘generational spirits’ or curses. Repeated or chronic illnesses are commonly identified as the work of a ‘spirit of infirmity’.  In one such case I knew, a young woman with ailments moving round her body was thought to be possessed by a spirit of infirmity and prayed for accordingly, without effect. but was eventually diagnosed with an auto immune disease.

Advocates of deliverance ministry can rightly claim that it is ‘biblical’, and Jesus is recorded as carrying out several exorcisms. There is no biblical justification, however, for many of the theories about ranks and classes of demons. Such a study is inherently unhealthy. The gospels and Acts do not show exorcism to be more than an occasional feature of the ministry of Jesus and the apostles, but Ellel and others assume deliverance to be a part of the Christian life.  If it were expected to be a normal part of the ongoing ministry of the Church we would expect to find instructions to that effect in the epistles. We do not.

To some all this will be foreign and bizarre:  how can people living in the 21st century not only believe this stuff, but act on it? To others, including intelligent and educated people, the world of angels and demons is not only scriptural, but it makes sense of the world as they experience it. It may be a straw to clutch for the desperate, or offer an illusion of hope to those whose problems seem to have no solution.

It was my disillusionment with these approaches to healing ministry, and concern at some of the things I had taken part in and witnessed, which led me to research an MPhil on ‘Charismatic Healing Ministries and the Sexual Abuse Survivor’. I concluded that to a survivor, inner healing and deliverance ministries pose a serious risk of causing further damage.

This blog doesn’t offer scope for discussing all my reasons for that conclusion, but one of my most serious concerns is the use and abuse of power.  There is inherent power imbalance in this kind of ministry. The person to be prayed for will be outnumbered, and usually those doing the praying will be ‘taking authority’ over whatever conditions or spirits they feel are afflicting the candidate. It’s very seldom that the pray-ers will have even the most basic knowledge of psychology and serious mistakes can be made.  And it’s extremely difficult for those being prayed for to challenge the ‘diagnosis’ of those ministering, if they feel misjudged or concerned about the course the ministry session is taking.

Moreover, deliverance ministry attracts those who already have an unhealthy attitude to power.  Here is an opportunity to ask questions about intimate aspects of people’s lives; to make pronouncements over them; to ‘exercise authority over’ demonic realms. It can be a real ego trip. At the last session of an Ellel course on deliverance, the leader commanded all the evil spirits in the room to ‘manifest themselves’ (a term frequently used). I will never forget the utter bedlam that ensued, as 60 or 70 people moaned, howled, and wailed. Instead of quieting things down, the leader walked among the crowd praying with people individually while the rest continued in their noisy distress. After some minutes I caught a glimpse of his face – he was enjoying it. I never went back.