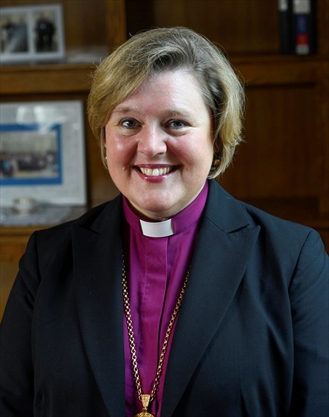 So we’ve all read the statistics and we’re in shock.

But are we really?

I rather feel that the “bombshell” of the National Church statistics released in this month’s edition of the Anglican Journal, is maybe not so much of a bombshell as all that.

The fact is, we have been living with decline and an ageing demographic for some time.  We’ve been living with an exhausted Christendom paradigm as well.  We have been managing this decline for decades – slowly, perhaps quietly but inexorably.  So, on the one hand the empirically verified statistics found in the national church report are, in the cold light of day, sobering, but they can hardly be called a surprise.

Much ink has been spilt refuting the claim that, all things remaining the same, we will be no more as a denomination by a certain date.  That need not detain us long.  All things will not remain the same and therefore, I don’t believe that prognostication, and I don’t think you do either.  What I do believe however, is that we are very definitely being called into a different future – and that the decline we are experiencing and the change it is creating, is making sure that there’s no turning back from that.

I want to talk to you about the future; and about some intimations about what we might be being called to – and maybe what we’re being called away from.  All of that is much more interesting than the hand-wringing of recent weeks.

Is this a crisis?  Yes.  A holy one, I believe.  The question is, how do we respond?  Well we are Christ-followers and so I’d humbly suggest that we need to do just that:  follow Jesus and listen for God’s voice to guide us.

I am firmly of the belief that God has gifted us with this time.  I am not being Pollyanna.  I mean this.  We have come to the end of a time in which the Church was a dominant force in our culture.  That is an undisputed fact.  And yet not one that should make us despair.  We’ve had a good run.

But I also believe that we are being called to deep engagement with our faith and simultaneously, and our behavior as a culture.  As an example, take the climate crisis.  What does the mission of God look like in the light of that?  If, as N.T. Wright has recently written, New Testament Christians believed that in Jesus the Christ, God was bringing earth and heaven together, “making creation new, restoring the world from all its pathologies,” then working to establish the kingdom of God is rightly the work of all believers.  This sounds to me like a robust mandate for a theology which will support bold and sustained Christian action to address the climate crisis.

This is a recovery of a strong Christology, which leads to a renewed sense of both Christ’s work among humanity and a template for our own Christian vocations.

I’m taking encouragement from this recovery – that a robust theology of a redeemed humanity in creation is embodied in this interpretation of our scripture and of the whole project that Christ ushers in.  It touches and changes how we think through our mission as the people of God.   John 3:16, “for God so loved the world…,” means something quite different then, doesn’t it?

So perhaps God is calling us again to listen – just as God has called in the great revivals and ‘re-thinkings’ of our past:  Consider the great renewal stories in our denominational history:  the times when we prayed as a people that God would “renew a right spirit within [us]”:  Wesleyanism in the 18th century which led to the “Great Awakening”, the evangelization of North America, The Oxford Movement that breathed on the dry bones of the 19th century church, the World missions movement of the late 19th and early 20th centuries,…

I suppose all I’m saying, is that on every level – we’ve been here before.  In every age, God has called us into a renewed relationship like the children of Israel.  In every age God finds ways to speak to us afresh about mission – in ways that we can’t ignore.  This re-awakening is a deeply rooted pattern in our faith.  Just because we’ve forgotten that, doesn’t change the truth of its existence.  So enough of the hand-wringing.

Here is the Gospel in all its strangeness and beauty and truth – urging us on to deeper thought and engagement through the Gospel of Jesus Christ with this beautiful world.

You see, the issue isn’t that we lack a mission – rather God’s mission is so deep and wide that only  through God’s love and only with a vision for working for the kingdom of heaven here among us can we begin to find the energy and the compassion and the motivation to dedicate ourselves, our souls and bodies and our resources and whatever else this new and emerging Church has to give towards its accomplishment.

So, don’t ask me if I think the Church is declining.  I categorically do not think that.

However, I do think a church is declining.

But if you then ask me if the electrifying mission of God is alive, then I’d show you a resurrected church, and a new heaven and a new earth.  And I have to tell you that that’s what gets me up in the morning with optimism and with a full heart of gratitude for the Diocese of Niagara.  Because that is the direction in which we are very consciously travelling – to listen for where God is working and to run to catch up.

We in Niagara are called to life and compelled to love; ignited by the irresistible love of Jesus and renewed by the Holy Spirit.

To my ears, that sounds like the mandate of faith.

Thanks be to God.