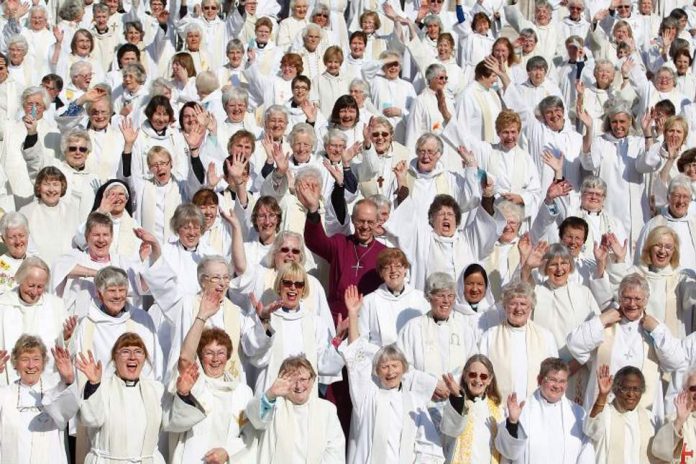 The number of female clergy in the Church of England continues to rise with more women than men entering training for ordained ministry for the second year running, according to statistics published today.

More women, 54%, than men began training for ordained ministry in 2018, for the second year running. Just under a third, or 30%, of the estimated 20,000 active clergy in the Church of England were female compared to 27% in 2014, according to Ministry Statistics for 2018.

The report also shows the proportion of senior posts such as dean or bishop occupied by women rose from 23 per cent to 25 per cent over the last year. The figures do not take into account six new appointments of female bishops this year, bringing the total so far to 24.

The proportion of people identifying as from black, Asian and minority ethnic backgrounds starting training for ordained ministry in the Church of England rose to 8% in 2018, compared to 4% in 2016.

Around a third, or 33%, of people beginning their training last year were under 35 years old and more than half, or 53%, were under 45.

The figures have been released as the Church of England seeks to fulfil a key target of a 50% increase in the number of candidates for ordination as part of its programme of Renewal and Reform.

Mandy Ford, Interim Director of the Ministry Division of the Church of England, said: “I am thankful for the hard work and prayers of the parishes and dioceses in helping us to increase the numbers of people coming forward for ordained ministry, a key aim of the Renewal and Reform programme.”

Ministry statistics 2018 and commentary can be found here.