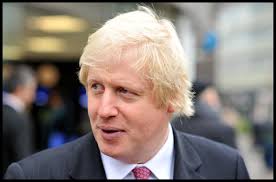 Welsh bishops have written to the Prime Minister expressing their “grave concerns” over the suspension of Parliament and the prospect of a no-deal Brexit.

The Church in Wales bishops warn Boris Johnson that Wales is vulnerable to particular dangers in its farming and food sector, higher education, small businesses and the Third Sector – all of which rely on EU support and ease of export. They back calls for the UK government to keep its promise to Wales for ‘not a penny less’ in support than within EU.

The Bishops also express fears that poor and disadvantaged people will be particularly badly affected and that hastily secured deals could worsen conditions for workers and make tax justice harder to implement. They also fear that relationships between the countries of the UK and Europe could suffer.

Highlighting support for the petition against proroguing Parliament, the Bishops say it should trigger a debate, stressing that it is “important for the government to maintain the confidence and support of the electorate”.

They call for “creative opportunities” to influence how programmes are taken forward and urge the government to be “transparent, truthful and open”.

The full text of the letter follows:

As Bishops of the Church in Wales, which serves communities in every part of Wales and is concerned for people of all faiths and none, regardless of their political opinions, we feel compelled to express concerns about the unprecedented events of recent days, and the imminent prospect of a no-deal Brexit.

Regarding Brexit itself, Wales is vulnerable to particular dangers. The farming and food production sector, which is significantly more important to the economy than in England or the UK as a whole, is highly dependent not only on EU support, but also on ease of export to mainland Europe. Prestige company Airbus, and other businesses in the tech sector, rely on the rapid exchange of parts, personnel and expertise with our European partners, which stands to be lost, especially if we leave the EU without a deal. In addition, Higher Education, small businesses, and the Third Sector are all liable to suffer unless very careful arrangements are made to replace EU funding, agreements and partnership arrangements. An open letter from Civil Society organisations in all 4 nations of the UK this week highlighted the dangers to the 3rd sector of leaving without a deal. Economically disadvantaged areas will be left without additional assistance, and as yet, there has been no clarity on the arrangements which will replace EU funding or partnerships. Along with Rebecca Evans AM, Wales’ Finance Minister (meeting on August 29 with Chief Secretary to the Treasury Rishi Sunak), we ask the UK government to keep its promise to Wales for ‘not a penny less’ in support than within EU.

In accordance with our Christian principles, we are particularly concerned for protection of the poor and vulnerable. Almost every church in the land supports a foodbank; we campaign for and support free school lunches and breakfasts; numerous churches are working to combat ‘holiday hunger’ amongst children and families dependent on school meals during term-time. The prospect of shortages of food and medicines, especially if the UK crashes out of the EU without a deal or transition period, is very real; latest estimates also indicate that the price of food and other essentials will go up. There will be job losses, and increased pressure on public services. In the interests of reconciliation and peace, we are concerned for relationships between the countries of the United Kingdom, and for those with other European countries – with whose churches we will continue to have links. Since our neighbours are not just those within our own shores or in immediately adjacent countries, we are concerned that leaving the EU will, in the haste to secure deals, mean trade agreements which are likely to worsen conditions for workers, downgrade environmental concerns, and make tax justice harder to implement.

At this particular point in time, we are gravely concerned about the apparent use of parliamentary procedure to force through government decisions which have not been agreed upon, or even subjected to scrutiny, by parliament. You will be aware that Mark Drakeford, First Minister of Wales, has recalled the Welsh Assembly to sit on September 5 in light of the “uncharted waters” we are now in. The petition against proroguing parliament (started yesterday) had reached nearly 1.5m signatures by 2pm on August 29 and should trigger consideration of a debate. It is important that the government maintains the confidence and respect of the electorate. Whilst it may be true to say that governments cannot choose which public votes they abide by, even elections do not eliminate the opposition; and there can and should be creative opportunities to influence how programmes are taken forward.

We believe that elected representatives of all political opinions have the best interests of the people at heart. We urge your government to be transparent, truthful and open in its considerations at this exceptional time.