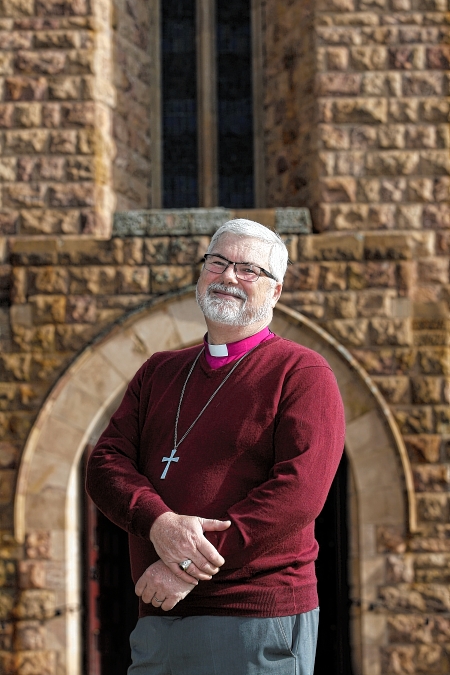 The first official same-sex blessing of a civilly-married couple will occur within two weeks in an Australian Anglican church.ADVERTISEMENT

This follows the passing of a new regulation to allow holding a same-sex blessings by the Wangaratta Synod (regional council) of the Anglican Church of Australia on the weekend. The vote was 67 for, 18 against, with one abstention.

“The first same-sex service is likely to occur in two weeks’ time,” Muriel Porter reports in the Melbourne Anglican. “The retired Diocesan Archdeacon, the Revd Dr John Davis, and his partner of 20 years, the Rev’d Robert Whalley, are planning a [non-church] marriage, to be blessed in a service in the small church at Milawa on 14 September.” Both men are in their seventies.

Describing the future blessing in ‘a packed country church,’ Davis says his Bishop will be there.

“I clearly declare my own position. Fr Rob Whalley my partner of twenty years and I will shortly marry under the law of the land,” Davis has Facebooked. “Following on after that, we hope to be asking the God we honour and those who care for us, to continue to bless us in our ongoing life together. In that ‘packed country church’”.

Wangaratta’s Bishop John Parkes, a strong supporter of the move is set to retire later this year, possibly after marrying Davis and Whalley.

The new regulation “provides for ‘persons married according to the Marriage Act 1961’, the Commonwealth Marriage Act amended in 2017 to allow same-sex marriages,” according to Porter. “The Wangaratta regulation includes a prescribed liturgy for the blessing service.” The Anglican Church does not permit same sex weddings which is why a blessing ceremony is planned.

Conservatives in the Anglican Church are expected to react strongly. “It is highly regrettable that clergy and lay people in the Diocese of Wangaratta have chosen to follow their Bishop rather than the clear words of Scripture concerning God’s design for human sexuality (Matt 19:4-12),” said Sydney’s Archbishop Glenn Davies said in a statement.

“The doctrine of our Church is not determined by 67 members of a regional synod in Victoria nor is it changed by what they may purport to authorise. Time and time again, the General Synod has affirmed the biblical view of marriage as the doctrine of our Church. To bless that which is contrary to Scripture cannot, therefore, be permissible under our church law.”

This move by Wangaratta has been widely flagged and the Anglican’s national leader Archbishop Philip Freier of Melbourne is expected to refer it to the church’s Appellate Tribunal which will rule whether the Wangaratta legislation is constitutional.

Wangaratta’s Bishop Parkes said in his “Synod Charge” – his sermon to his regional council – there was “no legal or theological reason for our not proceeding”. He claimed that the Synod’s new regulation was not in breach of the Constitution or Canons of Church.

The strong response by the conservatives is reflected in Sydney’s Archbishop Davies’ comment that “The circumstances of this event are reminiscent of the actions of the Diocese of New Westminster in Canada in 2003. It is now universally acknowledged that those events were the beginning of the ‘tear in the fabric of the Anglican Communion’”. The New Westminster (Vancouver) decision to approve same sex marriages led to a walkout by evangelicals and the formation of the breakaway Anglican Church of North America.

Blogger David Ould, who first broke this story, and who is close to evangelical leaders commented “It is understood that senior conservative bishops are now almost certain to proceed with disciplinary measures against Bishop Parkes.”