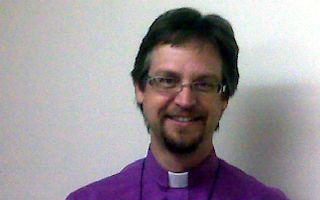 Almost exactly a decade after being elected bishop of the diocese of Athabasca, Fraser Lawton will be resigning to take up positions with the Episcopal Church’s diocese of Dallas.

Lawton’s resignation, already submitted to the diocese’s executive council, will take effect September 8, according to an article in the September issue of the Messenger, the newspaper of the dioceses of Athabasca and Edmonton. Jason Haggstrom, now dean of Athabasca, will serve as administrator of the diocese beginning on that date, and an electoral synod to choose a new bishop is scheduled for November 16 in Peace River, Alta.

In a column in the same issue, Lawton says he will be serving as rector of the Church of St. Dunstan in Mineola, Texas, and will also be an assisting bishop for the diocese. The plan, Lawton adds, is that in about two years he will be the diocese’s assistant bishop.

According to the diocese’s website, an assisting bishop, as opposed to an assistant bishop, is normally tasked with providing short-term help.

Lawton says that he and his wife, Veronica, had been anticipating that he would remain as bishop of Athabasca up to his retirement, until the diocese of Dallas approached him about the positions.

“Initially, we declined the offer,” he writes. “Time and circumstances made it clear, however, that we needed to at least consider the possibility that the Holy Spirit was at work and to be open to change.

“After much prayer, counsel, agonising, and various forms of spiritual confirmations we came to the conclusion that God is indeed calling us to leave Athabasca for Dallas.”

According to the Messenger, the diocese of Dallas has been supportive of the diocese of Athabasca for a number of years, and in 2018, Lawton spent some sabbatical time at St. Dunstan’s.

His episcopal work, Lawton says, will be mostly in rural areas of northeast Texas.

“This has been a heart-rending time with many tears (and many more to come) as Veronica and I prepare to leave,” he adds. “I will miss Athabasca deeply. It has been my home, both before ordination and in ministry, for about 39 years…. Nonetheless, we feel it is critical to be obedient to God, and we desire to always walk in His will.”

Born in Saskatoon, Lawton has lived in Alberta since he was eight, according to a biography on the diocese of Athabasca website. He received an MDiv from the College of Emmanuel and St. Chad, Saskatoon, and was ordained a priest in 1994. He served in three parishes in the diocese of Athabasca and was rector of St. Thomas’s Anglican Church in Fort McMurray, Alta., when he was elected bishop on September 19, 2009. His work for the national church includes membership in the Council of General Synod and attendance at every General Synod since 1998. Lawton has also served as a member of the Anglican Church of Canada’s financial management committee.