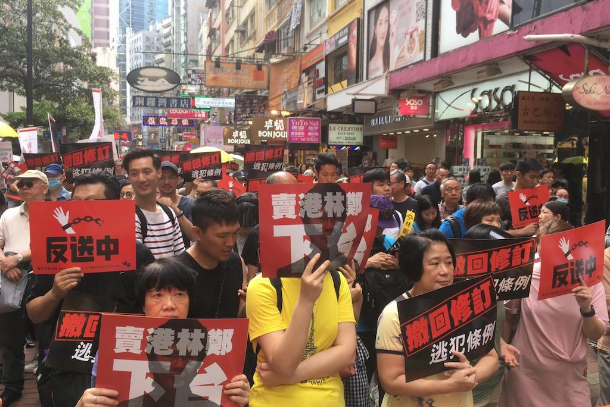 The Hong Kong government’s determination to pass a bill amending its controversial extradition law has compelled Christian communities to express their concern in a series of statements.

Officially known as the Fugitive Offenders and Mutual Legal Assistance in Criminal Matters Ordinance, the law would allow people from the former British colony to be sent to mainland China to face trial.

Secretary for Security John Lee Ka-chiu told reporters on May 20 that because the pro-democratic bloc and pro-government camp failed to cooperate on the matter, the bill would be submitted to the Legislature Council’s general assembly for a second reading on June 12.

There was hope of a compromise at a recent meeting of the Legislature Council’s Bills Committee, which was set up five weeks ago, but the ultimate result was a stalemate.The Concern Group of Pastors, Hong Kong Christian Council (HKCC) and other Christian communities responded by urging Christians to pray for a speedy resolution.

The former recently collected 3,000 signatures and presented a petition to the Office of the Chief Executive on May 21.It said the proposed amendment would jeopardize the “one country, two system” framework, deny Hong Kong’s normal connections with other regions, restrict people’s safety, and pave the way for abuse.

The group also worried that the rushed piece of legislation would deepen social conflict and make the people of Hong Kong more distrustful of the government of the Special Administrative Region (SAR), which in turn could harm Hong Kong’s long-term development.

Moreover, the HKCC said Taiwan authorities have also indicated that even if the amendment were passed, they would not agree with this manner of extraditing suspects.

It also pointed out the principle of law not only aims to ensure offenders are brought to justice but also strives to “prevent unlawful accusation, false and wrong judgments.”If this is not respected, they argued, it would only lead to social injustice.

Cardinal John Hong Ton, the apostolic administrator of Hong Kong Diocese, issued guidelines to priests, seminarians and sisters at all parishes and church communities on the issue. These urged Catholics attending Sunday Masses on May 18-19 to pray for the safety and freedom of Hong Kong citizens.

However, not all Christian leaders were on the same page, with Reverend Canon Peter Douglas Koon, the provincial secretary-general of Hong Kong, throwing his support behind the proposed amendment.

The Anglican Church stated its position as being that offenders must be brought to justice by whatever means necessary, citing a murder case in Taiwan by a Hong Kong citizen that has frayed ties with the mainland. “If the law is not amended, the suspect in [that] homicide case would escape trial and would not be brought to justice,” a representative of the church said in a recent media interview.

He was referring to a case dating back to February 2018 when a 19-year-old Hong Kong citizen allegedly killed his girlfriend — who was three months pregnant at the time — during a vacation in Taipei and then dumped her body behind some bushes before fleeing home.

This exposed legal loopholes in which Taiwanese authorities were unable to prosecute the suspect, who cannot stand trial because there is no such formal agreement between Taiwan and Hong Kong.

The SAR government ignited a firestorm of controversy on Feb. 12 of this year by proposing legislative amendments so that fugitives from the law could be surrendered to jurisdictions with which Hong Kong has no extradition deal. That would include Taiwan, Macao and the mainland.The move triggered a backlash from Hong Kong’s protest-giddy citizens, with an estimated 130,000 people demonstrating against the proposed amendment at the end of last month.

The protesters marched from Causeway Bay to the Legislative Council Building in Admiralty on April 28 — the largest demonstration since the 79-day Occupy Central mass protests in 2014. Rev. Koon said that since Hong Kong’s sovereignty was returned to China more than two decades ago, the two sides have still failed to reach an agreement on the transferal of fugitives. This has created a situation where offenders can easily “hide” from the law in the SAR, he argued.

Koon, who also serves as a member of the Beijing Municipal Committee of the Chinese People’s Political Consultative Conference, said the proposed amendment states that fugitives would not be handed over for religious reasons.Moreover, it stipulates the case must comply with the requirement of “dual criminality” before the suspect could be extradited, he noted.

He also said the judicial system on the mainland is constantly improving and that there was no need for concern.Professor Ying Fuk-tsang, director of the divinity school of Chung Chi College at the Chinese University of Hong Kong, disagreed.

He pointed out in a recent forum that the Chinese Communist Party (CCP) tends to “deal” with religious people by accusing them of committing economic crimes.He cited the 2001 case involving Hong Kong businessman Lai Kwong-Keung, who was alleged to have smuggled more than 16,000 copies of the Bible into the mainland for an underground Christian denomination.

The CCP accused Lai of “using cult organizations to destroy the implementation of the state law.” Regina Ip Lau Suk-yee, Hong Kong’s then-secretary for security, claimed she was unable to intervene in the case.

Lai was eventually charged with the lighter crime of operating an illegal business and sentenced to two years in prison with a fine of 150,000 yuan (US$21,700). He was later allowed to serve his sentence outside the prison for “health reasons” but was kept under strict surveillance.

Yet critics point out that the only reason for Beijing’s supposed clemency in this case was that it coincided with a trip to China by then-U.S. president George W. Bush.As Bush had previously expressed concern about the case, Beijing did not want to be embarrassed by allegations of human rights abuse, and so decided to go easy on Lai, Ying said.Ying noted how in recent years the CCP has “often dealt with religious issues in a non-religious way,” including charging suspects with crimes related to social governance or urban planning.

The Justice and Peace Commission of Hong Kong Diocese also recently organized a seminar on the extradition law to voice its opposition.Franciscan Father Stephen Chan relayed to attendees his concern that the SAR government may well comply with Beijing’s order in future to extradite members of the underground Church who have fled to Hong Kong.

He expressed similar fears for foreign clerics who support underground church communities on the mainland, and he urged Catholics in Hong Kong to actively oppose the proposed amendment to the extradition law.