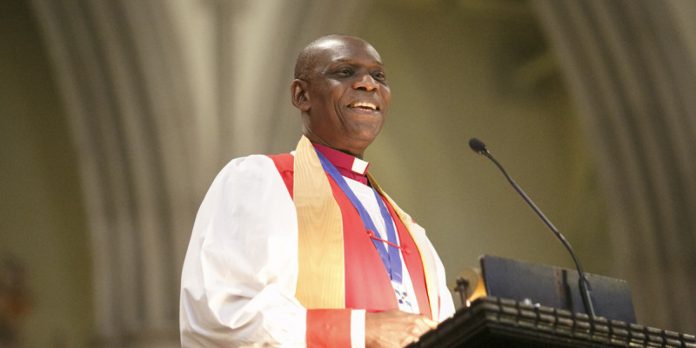 Press Release from the Evangelical Fellowship in the Anglican Communion.

The Trustees have written to Archbishop Josiah stating that we will want to unpack with him in due course his criticism of GAFCON in circumstances where it is not disputed that the crisis within the Anglican Communion was started by the Episcopal Church acting independently over the consecration of Bishop Gene Robinson and has been driven ever since by the independent actions of the Episcopal Church and other liberal provinces, acting against the advice of the Instruments of Communion.

In his address, Archbishop Josiah also suggested that, for a solution to the present crisis, one should look to the example of EFAC “which, in the 1960s, had deliberated breaking away to form an independent Evangelical Church, but had been dissuaded by the late Revd Dr John Stott”.   In our communication with Archbishop Josiah, the Trustees of EFAC have stated that this is an inapt and unhelpful analogy, even if it were correct in fact (which it is not).   The current crisis in the Anglican Communion is caused by a different issue, same-sex marriage and partnerships, an issue on which the views of the Revd Dr John Stott were clear:

“If you want me to stick my neck out, I think I would say that if the Church were officially to approve homosexual partnerships as a legitimate alternative to heterosexual marriage, this so far diverges from biblical sexual ethics that I would find it exceedingly difficult to stay. I might want to stay on and fight a few more years, but if they persisted, I would have to leave.” (John Stott, Balanced Christianity, p. 63)

This is also an issue on which EFAC is clear.   EFAC’s constitution provides expressly, inter alia, as follows:

“We acknowledge God’s creation of humankind as male and female and the unchangeable standard of Christian marriage between one man and one woman as the proper place for sexual intimacy and the basis of the family.   We repent of our failures to maintain this standard and call for a renewed commitment to lifelong fidelity in marriage and abstinence for those who are not married.”

There is no division between EFAC and GAFCON on issues of human sexuality and any attempt to create division will be resisted prayerfully and strenuously.

We have asked Archbishop Josiah publicly to correct the false analogy (in the same way as he has corrected his perceived critique of the Roman Catholic Church).

Issued by the Trustees of EFAC

EFAC Press Release 2 May 2019 by George Conger on Scribd