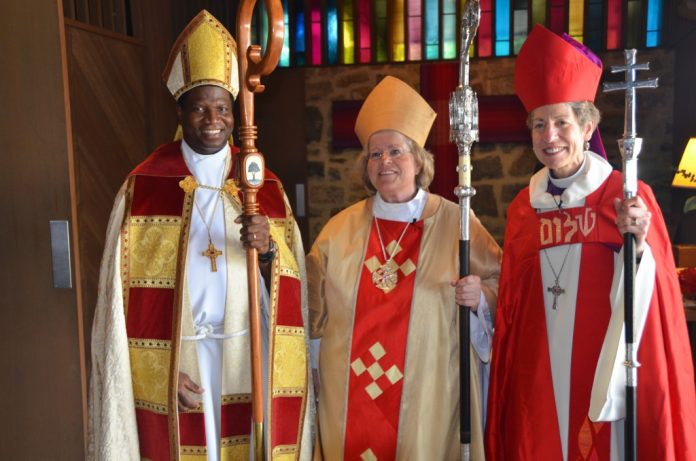 The former suffragan bishop of Maryland will be released from a Maryland state prison this month half way through her seven year term, a spokesman for the Maryland Department of Safety and Correctional Services said on 30 April 2019.

Gerard Shields, a spokesman for Correctional Services, said Heather Cook would be freed “sometime around the middle of May.” Cook had been turned down for parole in 2017, for work-release in 2018, and for home detention earlier this year. However, the court did allow her to serve her sentences concurrently, making her eligible for release this summer due to time off for good behavior.

On 27 Oct 2015 a Baltimore City judge sentenced Cook to 20 years imprisonment, but suspended 13 years of her sentence. Cook was to serve five years for manslaughter followed by a two year sentence for leaving the scene of the accident. She was sentenced to a further five years probation upon completion of her term. Cook is currently incarcerated at the Maryland Correctional Institute in Jessup.

According to court records on the afternoon of 27 Dec 2014 Cook was driving her car on Roland Avenue in Baltimore while intoxicated — her blood alcohol level was later recorded at .22 per cent, three times the state’s legal limit.

She then began to text whilst driving and swerved out of the traffic lane onto the bicycle lane, striking cyclist Richard Palermo from behind. The collision propelled Palermo onto the hood and windshield of the car and then on to the pavement. Cook then left the scene of the accident for approximately thirty minutes, and then returned to the scene of the collision but drove away again. She then returned to the scene a second time and was arrested by police.

Cook was charged with 13 felony counts and after arraignment was released on bail of $2.5 million.

At her sentencing hearing the victim’s family and prosecutors asked for ten years imprisonment. Cook apologized to the Palermo family, expressing contrition for her actions. The judge told Cook that the seven year sentence would not be her final judgment. That would come when she would stand before her maker. Heather Cook was deposed from the ministry of the Episcopal Church in May 2015.