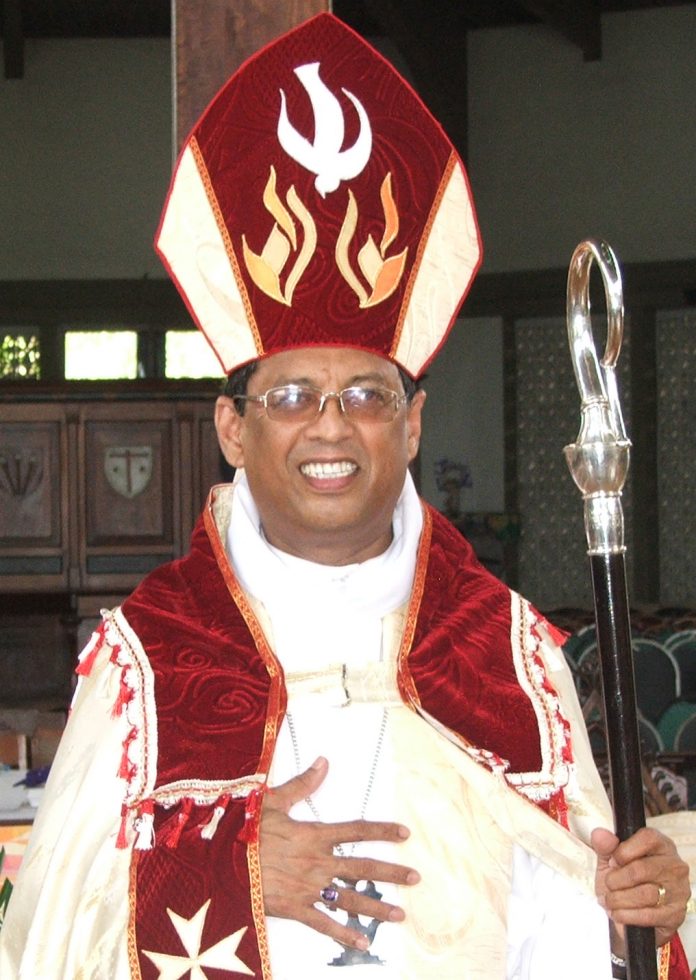 Over the past several days I have reflected prayerfully on what happened in three Christian churches in Colombo, Negombo and Batticaloa and also in some of our city hotels on Easter Sunday.

It is sad that humans have arrogated to themselves the right to commit mass murder in the name of God Almighty the giver of Life, also injuring, and maiming many for life. Life belongs to God and no one has the right except God to take one’s life away.

Jesus Christ our Lord fought against the dark forces of death on the Cross, died and rose again empowering us with his Resurrection Power. This is the resilience of the Christian community. We cannot and must not act on the basis of “an eye for an eye, or a tooth for a tooth” but we will follow the Master’s example and cry the same cry He cried on the cross with so much of sadness and heaviness of heart saying, “Father, Forgive them for they do not know what they do”.

This is the opportune time for all people of every faith and belief in this nation to come together in our common humanity, to hold hands and work towards building one family of one nation. We need to commit ourselves to build bridges of trust and confidence with each other. Out of the debris of this chaotic situation something beautiful, something fragrant, something positive needs to emerge.

About 300 people have died, 500 people injured since Easter Sunday. Let me boldly say that the innocent blood of all these lives are upon the heads of the Executive and the Legislature of this country. “May God have mercy on them.”

Due to the impasse between the President and the Prime Minister, their overriding focus lately has been on consolidating their own positions at the expense of neglecting the security of the people of this nation.  Parliament, both the Government and the Opposition are periodically handed over the right to govern the affairs of the nation by the people, not to secure their own privileges, power and position but for the common good of the people.

In this responsibility, they have failed miserably. If they had a conscience they would have all resigned from their positions by now. It is not a time for pointing fingers at the other but for pointing the finger at one’s self and asking, “What is my responsibility for this carnage?” The Executive and the Legislature were busy working on their own petty agendas and it appears that those under them were also polarised and paralysed by this division. This island nation which bled for almost four decades is bleeding again. If those who have been elected genuinely loved their country, this should not have been allowed to happen. This is a total betrayal of the entire nation.

While I fully understand the fear and trauma, especially of the Christian community and the enormous burden we carry to assure their safety, I urge all Anglicans belonging to my Diocese to commence worship once again if they have stopped. Let not fear paralyse our faith in God. “For whether we live or whether we die, we live or die unto the Lord.” The empty tomb has broken the sting of death and has given us a Living Hope beyond death.

I am glad that many Anglican churches have had their normal Eucharist services this Sunday with Police and Army protection wherever that was possible. We need to be aware of security needs, yet fearless in worshiping the Living God as we are accustomed to.

“Who shall separate us from the love of Christ? Shall tribulation, or distress, or persecution, or famine or nakedness or peril or sword? In all these things we are more than conquerors through him who loved us. For I am sure that neither death nor life nor angels nor principalities nor things present nor things to come nor powers nor height nor depth nor anything else in all creation will be able to separate us from the love of God in Christ Jesus our Lord.” (Romans. 8:35-39).

I call on all our fellow citizens and Christians in particular to embrace the Muslim community who have lived in this country for many hundreds of years in peaceful co-existence. They must be treated with love and understanding and not be held responsible for the acts of a small number of depraved fanatics.  At the same time I call on the Muslim community to turn the spotlight inward. It is common knowledge that new extremist Islamic teachings have been allowed to make inroads into the Sri Lankan Muslim community in recent years, causing tensions and suspicion. There is a heavy responsibility cast on moderate leaders of the community to be aware of and to combat such teachings and indoctrination.

May the peace and consolation of God be with all those who mourn and suffer and with us all.