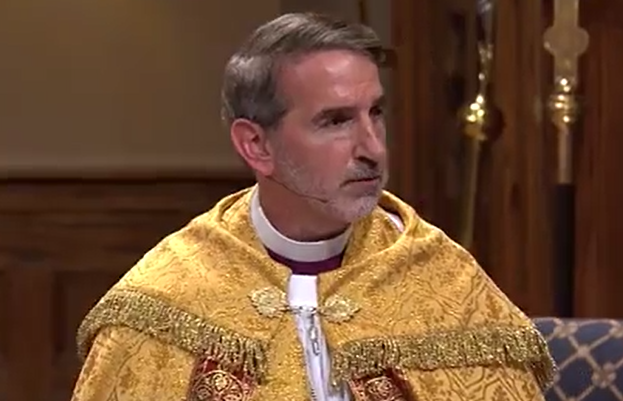 The Most Rev. Foley Beach, Primate of the Anglican Church in North America and Chairman of GAFCON writes from Sydney:

Yesterday I received a letter from Archbishop Justin just moments before the invitation was reported online. I read the online report first and was disappointed to see that the original “news” source had furthered a partisan, divisive, and false narrative by wrongly asserting that I left the Anglican Communion. I have never left the Anglican Communion, and have no intention of doing so.

Once I have had a chance to review this with our College of Bishops and the Primates Council of the Global Anglican Future Conference I will respond more fully.

The announcement from the Anglican Communion News Service cited by Archbishop Beach is printed below:

Representatives of more than 30 other Christian Churches are being invited to attend as ecumenical observers. These include Churches and Communions with which Anglicans are in formal dialogue, such as the Roman Catholic, Orthodox, Methodist, Lutheran and Reformed Churches and also multi-lateral bodies such as the World Council of Churches and the Global Christian Forum.

The Lambeth Conference takes place once every 10 years. The Archbishop of Canterbury invites all eligible bishops from the 40 Anglican Communion provinces, or member Churches, to take part, as well as the bishops from the five extra provincial dioceses – Ceylon, Portugal, Spain, Bermuda and the Falkland Islands. Recent Lambeth Conferences have been attended by a number of ecumenical guests and observers who attend sessions of the conference and may be invited to speak, but do not vote.

The Lambeth Conference 2020 – God’s Church for God’s World: walking, listening and witnessing together – will take place at the University of Kent in Canterbury from 23 July to 2 August. The Lambeth Conference is one of the four Instruments of Communion, or unity, within the Anglican Communion. The others are the Archbishop of Canterbury, the Primates’ Meeting, and the triennial Anglican Consultative Council.

The next meeting of the Anglican Consultative Council – ACC-17 – gets underway in Hong Kong on Sunday (28 April).