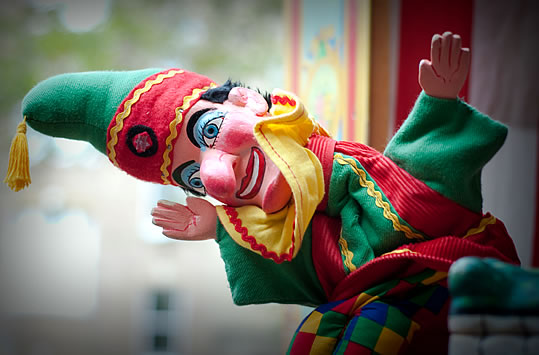 A.S. Haley is not amused by the course of events in the US and Anglican worlds.

I set out to write an April Fool’s Day post, as I have done in the past, but my sense of humor is in short supply these days. Things are going from bad to worse so fast that there is little time to savor what human comedy remains.

Take the 2016 primary campaigns, where each party’s candidates have made mincemeat out of Ronald Reagan’s Eleventh Commandment. (I’m not sure if the Democrats ever acknowledged its wisdom to begin with, but no matter — Sanders and Clinton are now going at it tooth and claw.) Just imagine the level of discourse to which the chosen nominees will descend in the general election contest this fall. And I’m not sure just how the media could egg things on more than they have already, but no doubt they will find a way. To paraphrase H.L. Mencken: “No one ever went broke  underestimating the nadir to which the media can sink.”

Or take the craziness that infests college campuses across the land — a mixed worship of victimhood and political correctness that has brought us such absurdities as “intersectional feminism”, which is just another form of campus bullying that passes for a serious academic subject.

Or take the massive assaults on religious freedom, which have now become daily news events, but which are reported as though they are laudable signs of progress in the culture war against “bigotry” and “homophobia”. Those terms are now even being used by erstwhile religious ones against their own; is it any wonder that the secular world considers Christians (but not, e.g., Muslims) fair game?

Even closer to home, we have the internecine wars among Episcopalians being fought out — against the highly specific and contrary advice of St. Paul — in the civil courts. Those once-revered institutions have proved largely incapable of dealing — just as St. Paul warned! — with religious disputes, especially today with something so preposterous as ECUSA’s Dennis Canon. The Canon was adopted as a sinister measure to deter the departure of dissident congregations from the Episcopal Church, and it has succeeded in seizures of property far beyond anything the Borgias ever could have contemplated. Just imagine being able to create at one stroke a perpetual lien on all church property in all (well,almost all) fifty States — with a self-executing forfeiture clause — and all done, mirabile dictu, by a phantom “vote” of which no trace remains in the official archives!

Appellate decisions are currently awaited in the diocesan cases in South Carolina and San Joaquin. Based on how the oral arguments appeared to go, your Curmudgeon is pessimistic that the courts in question will come to grips fully with the basic (and rather simple) legal issues at stake. After all, how hard could it be to read and follow the decision of the Illinois Court of Appeals, which already has finally resolved those issues against ECUSA? But the six-month delay thus far in South Carolina, and the refusal of the Fresno court even to consider the Illinois case in argument, point to ECUSA being given a second, or even third, bite at the apple.

For a party who has once lost on the merits to be given multiple chances to try the same arguments again and again in different courts, and to receive outcomes that differ in each case, is unheard of in normal civil cases. But (sigh) these are disputes involving church law, and the courts seem mostly at a loss to be able to compare them, let alone treat them uniformly. Meanwhile, the U.S. Supreme Court resolutely refuses to get involved, so that the church law treatises are filled with contradictory results that are incapable of being harmonized.

Bottom line: look for more notches in ECUSA’s belt, at least in the short term. Then again, oral arguments in the Fort Worth case are set for April 19 — in a State, at least, where the appellate courts to date have had little difficulty in giving the Dennis Canon the short shrift it deserves.

Your Curmudgeon will faithfully carry on, and present his analysis of what’s right and wrong about each decision as it comes down, not because he expects any kind of audience, but simply because he cares for the integrity of the law –despite the fact it has become an extinct species. Like the medieval chroniclers, he will record the facts as they come, warts and all, even if the participants are not exactly setting examples which could inspire later generations.

Like America’s politics, its religion, its culture and its society, America’s law has fractured into a thousand pieces. And like a once-cherished valuable vase toppled from its pedestal, it is beyond hope of restoration. The index of its demise is the contempt and disrespect for it shown at every level of government. (Will the Obama administration allow the indictment of Hillary Clinton on the same grounds it indicted General Petraeus and others who purposefully shared classified secrets with people not cleared to read them? Does anyone care to place a bet?)

So your Curmudgeon begs off from making the usual effort to concoct a seemingly plausible, but at bottom outlandish, “breaking news story” for April 1st. The daily headline sites will give you your fill of them. Or, if you want to hark back to less serious times, try this post, this one, or this one.