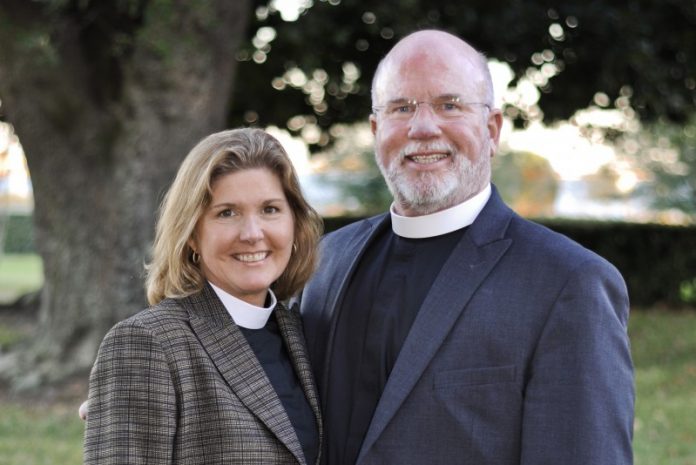 A Diocese of Georgia rector has been sentenced to three years imprisonment and ten years probation for possession of child pornography.

A Diocese of Georgia rector has been sentenced to three years imprisonment and ten years probation for possession of child pornography. On 30 March 2016 an Effingham County Court passed sentence on the Rev. Bruce Fehr, former rector of St Francis of the Islands Episcopal Church on Wilmington Island near Savannah. Acting upon a search warrant, on 23 April 2015 the Southeast Georgia Child Exploitation Task Force raided Behr’s home and seized his computer.  Fehr and his wife, the Rev. Lori Fehr — the assistant rector at St Francis — are 2013 graduates of the School of Theology of the University of the South and were ordained to the priesthood in October 2013. Fehr and his wife are former attorneys, he practiced in the field of insurance litigation and she most recently served as an attorney for the Florida Department of Children and Families. Following sentencing the Bishop of Georgia, the Rt. Rev. Scott Benhase released a statement saying: “I am greatly saddened and angered by his crime. All children deserve the right to be free of such exploitation and we all should work to end such horrific practices. The Diocese will now begin our own process addressing the Reverend Fehr’s conduct.” Following the conclusion of the criminal proceedings, the diocese will initiate a Title IV disciplinary investigation and is likely to depose Fehr from the ministry.