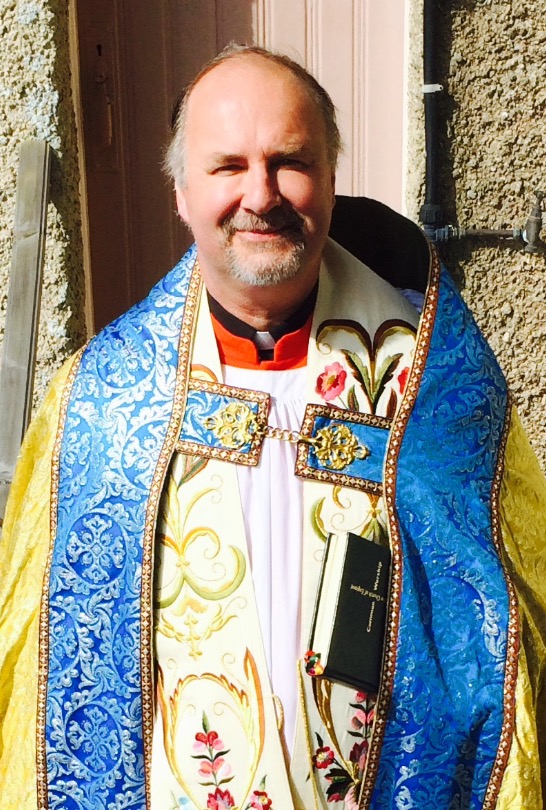 The Rev’d Canon Dr Gavin Ashenden, is at presently a part time parish priest, looking after a small parish on the Island of Jersey, where he took semi retirement in order to be able to write a little more.

The Rev’d Canon Dr Gavin Ashenden, is at presently a part time parish priest, looking after a small parish on the Island of Jersey, part of the Channel Islands, just off the coast of Normandy France, where he took semi retirement in order to be able to write a little more.

He grew up in Kent, and was educated at the King’s School in Canterbury. After training originally at Bristol University as a lawyer, he then went to Oak Hill Theological College to study theology and prepare for the priesthood in London. He was ordained by + Mervyn Stockwood in Sourthwark Cathedral in 1980.

He spent the next ten years in parishes. His curacy was in what was then a docklands parish along the river Thames by Tower Bridge, and subsequently became Vicar of a Church on the edge of South London.

After some postgraduate with the Jesuits at Heythrop College in the University of London in the Psychology of Religion, he then completed a doctorate on the life and work of the Oxford Inkling, Charles Williams.

He spent 23 years at the University of Sussex as a senior lecturer and senior chaplain, lecturing in the Psychology of Religion, Literature, and running an MA programme in Monotheist Mysticism.

He has published on Charles Williams and CS Lewis, writes Op Ed pieces for the London Times, and occasional articles and book reviews in the Church Times.

During this period he was hired by the BBC to present a weekly Faith and Ethics radio programme for four years, as well presenting the international Faith & Ethics podcast.

He has lectured in the USA as a visiting theologian for the Lutheran Church in Oregon, spoken at a variety of Diocesan Conferences in the UK, and represented the Church of England as a delegate to the World Council of Churches.

On the island of Jersey, he helps run weekly bible studies in the prison, and has a weekly column in the Island’s only newspaper, the Jersey Evening Post.