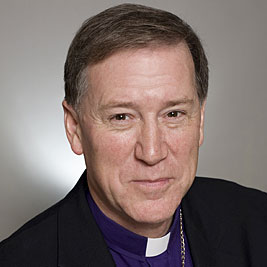 The Anglican Church of Canada has no official stance towards the Gafcon movement, a church spokesman tells Anglican Ink, and is unable to shed light on comments made by the primate, Archbishop Fred Hiltz, on concerns the church has about the renewal movement.

The Anglican Journal reported in its December issue that the attendance the Rt. Rev. David Parsons, Bishop of the Diocese of the Arctic, and his suffragan, the Rt. Rev. Darren McCartney, to the October meeting in Nairobi was met with a degree of consternation.

In its report on last month’s House of Bishops meeting, the Journal stated:

“News that Bishops David Parsons and Darren McCartney of the Diocese of the Arctic attended the Global Anglican Future Conference (GAFCON) in Nairobi in the hopes of creating partnerships to help with the diocese’s debt crisis and shortage of priests met with some consternation. “As one of our bishops put it, when the stated purpose of GAFCON is evangelistic revival in the life of the church, who could argue with that? But when there’s another kind of agenda going on that says the church in the West or North America preaches a false gospel…. then that creates a lot of angst and frustration,” said Hiltz.”

Asked if the bishops were warned off, or dressed down by the House of Bishops for attending the meeting, church spokesman Sam Carriere said: “I do not believe the ACC has considered Gafcon one way or another, so I cannot say if it is viewed with disfavor or not.”

Asked to clarify his remarks to the Journal, Archbishop Hiltz responded through an aide that he “does not wish to respond to your questions at this time,” while Bishops Parsons and McCartney also declined to speak of the incident.

Canadian Anglican commentator David Jenkins told Anglican Ink: “The obvious question, I suppose, is why would two ACoC bishops go to GAFCON seeking help with their diocese’s debt crisis if they were not considering defecting to GAFCON; I am pretty certain their theology is more in harmony with GAFCON than their own national church.”

“Whatever the answer, it is certainly a poke in the eye for the ACoC,” Mr. Jenkins observed.