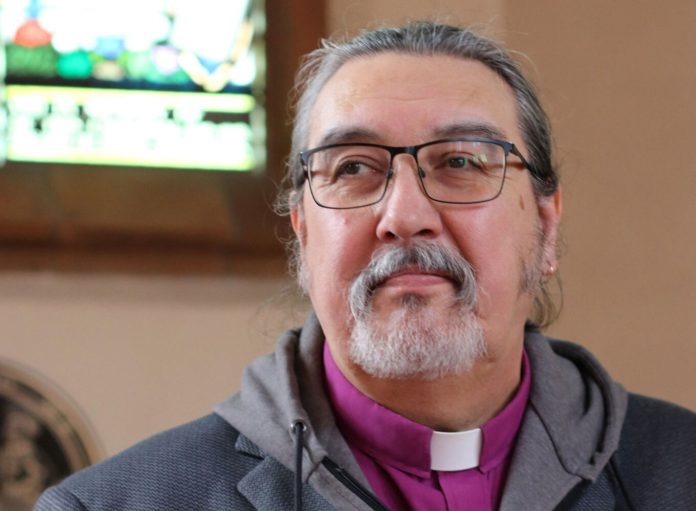 Bishop Chris Harper of the diocese of Saskatoon has been named the Anglican Church of Canada’s new national Indigenous Anglican archbishop and presiding elder of the Sacred Circle.

In a news release, Archbishop Linda Nicholls, primate of the Anglican Church of Canada, said she looked forward to working with Harper.

“Archbishop-elect Chris Harper brings years of experience in ministry among and with Indigenous Anglicans, urban and on reserve,” she said. “He has a passion for walking together with respect that will be essential as the Sacred Circle within the Anglican Church of Canada establishes its way forward.”

In the same news release, ACIP co-chair Caroline Chum said, “Gitchi-Meegwetch (great thanks) to everyone for their prayers and blessings during the selection process for our presiding elder. We look to you now to continue your support for Indigenous Ministries and our National Indigenous Anglican Archbishop Chris, as we journey to our Sacred Circle 2023. We are truly blessed. Thanks be to God.”

“He is a pastoral man with vision and administrative skill. He also preaches well and knows the Christian and traditional spirituality. Walking in two worlds, Bishop Chris can gently bridge the two traditions at a time this is desperately needed,” Still said. The Indigenous House of Bishops Leadership Circle of which Harper was a part, Still added, had played a large part in developing the Indigenous church’s two founding documents, the Covenant and Our Way of Life.

Harper told the Anglican Journal he was “incredibly honoured” by his selection as national Indigenous archbishop. He identified healing and unity as priorities—healing “the legacy that as Indigenous people we’ve lived with,” acknowledging and honouring residential school survivors and understanding that all are one in Christ.

The son of a residential school survivor, Harper is Plains Cree and worked as an emergency medical technician before earning his certificate of Indigenous Anglican theology from James Settee College in Prince Albert, Sask. He received his master’s of divinity degree from Wycliffe College in 2005 and was priested the same year. In 2016 Harper was appointed as Indigenous native priest for the diocese of Toronto, a role he held until his election as bishop of Saskatoon in 2018. He has served on numerous committees of the church including the Council of General Synod, and is a member of Sacred Circle.