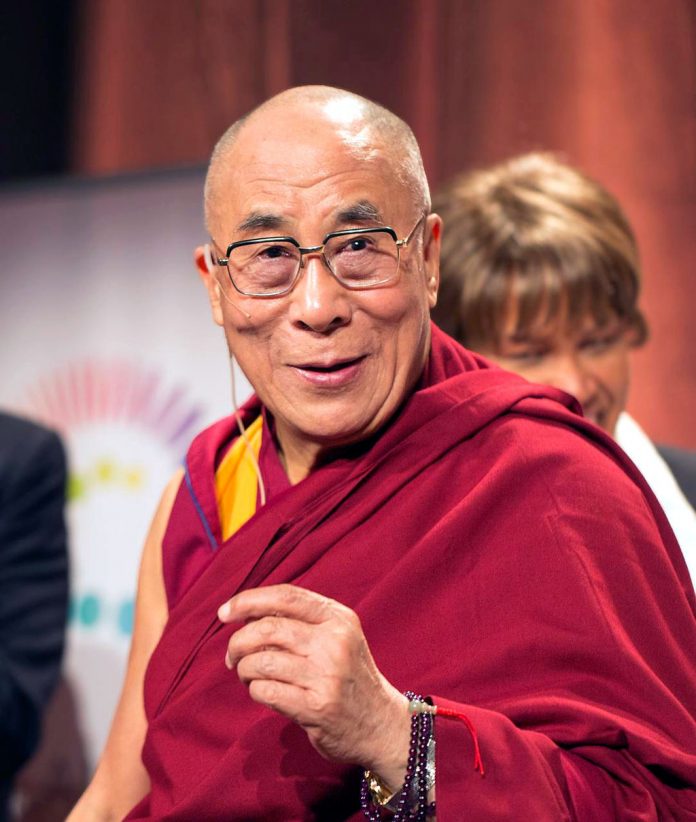 His Holiness the 14th Dalai Lama, 87, will live up to his 113th year. He said it, and now he repeated it. Tenzin Gyatso, the 14th and current Dalai Lama, promises to fulfill this prophecy and now the Kashag of the Central Tibetan Administration, or the governing council of the Tibetan government-in-exile in Dharamsala, India, significantly relaunches his statement, standing firm to it. The question is, in fact, crucial.

In Tibetan Buddhism, the Dalai Lama is a living Buddha and incarnation of Avalokitesvara, the Bodhisattva of compassion. He is the highest spiritual authority of the chief branch of the Gelug school of Tibetan Buddhism. He is recognized as the moral and political leader of the Tibetan people also by the majority of the other schools of Tibetan Buddhism, and by non-Buddhist Tibetans as well. Since 1959, when the CCP-led Chinese regime militarily invaded and occupied Tibet, immediately dismembering its historical territory as a way to dilute its cultural identity, the Dalai Lama is compelled to live in exile.

There, on April 29, 1959, he re-established the Kashag, which was originally created in 1721 but dissolved by the CCP on March 28 of the same year 1959. In 1963, he promulgated the Constitution of Tibet, becoming the head of the Kashag, or the top political authority of Tibetans-in-exile. Then, rejecting the idea of Tibetan independence during the 1970s, and opting for the “middle way” (a high-level, real autonomy of Tibet within a framework of pacific coexistence with the People’s Republic of China), the Dalai Lama became the head of the Central Tibetan Administration (CTA) through the 1991 Charter of Tibetans-in-Exile. T

he Charter was amended after the Dalai Lama renounced, on May 29, 2011, to all political and administrative positions in the CTA. Thus, the Kashag consists now of the Sikyong (equivalent to a prime minister) as the head of CTA (now Penpa Tsering, elected on May 21, 2021) and seven Kalons, or ministers.

Yet, this reform in the government of Tibetans-in-exile has not diminished the all-encompassing authority of the Dalai Lama. On the contrary, it has possibly reinforced it, even politically, as paradoxical as it may seem. Free from political duties, the Dalai Lama continues to exert a global moral authority which for Tibetans and Buddhists is even more binding than before, as well as fully respected among non-Tibetans and non-Buddhists.

His political role also grew stronger: not in the sense of any governing or party mandate, but as the supreme reference for all aspects of the public life of Tibetans. It is exactly for this reason that the Dalai Lama remains the major target of the CCP’s attempt to cancel Tibetan identity through the cultural genocide it has been waging on for decades.

In Tibetan Buddhism, the tulku system, i.e., the reincarnation of those who represent a specific spiritual lineage and teachings, is the core of Tibetan identity. If you control Tibetan religion, you control Tibet, and in its attempt to control and subjugate Tibetans, the CCP has always paid much attention to the reincarnation system at the point of issuing specific permissions to reincarnate to those lamas it chooses.

While this is an unacceptable interference in Tibetan religion, it is also ridiculous that such a pretension in the religious field is advanced by a regime based on Marxism-Leninism, one of the chief tenets of which is “scientific” atheism. The CCP claims that atheism is a science grounded in material evidence overcoming any kind of intrinsically false religion or spirituality.

One main consequence of the CCP’s attempts at controlling reincarnations is that the Dalai Lama has been perceived several times as indicating that he will not reincarnate any longer. On September 24, 2011, he openly stated that the question of his reincarnation, which is voluntary, was under consideration.

On the surface, this may seem a concession to the CCP propaganda, for which the system of reincarnation is a remnant of backwardness and superstition. In fact, it could be the way to save Tibetan religious identity from the CCP. All political and administrative functions will remain with a political elective body, the CTA. As long as the CCP controls reincarnations, the only way for the Dali Lama to prevent the Chinese from installing a Dalai Lama of their own may be to announce that he will not reincarnate.

This direction is clear in the Kashag’s statement on the Dalai Lama’s prophecy. “Since the Chinese government’s introduction of ‘Management Measures for the Reincarnation of Living Buddhas in Tibetan Buddhism’ in 2007,” the Kashag stated, “the Communist Party of China has consistently misused the authority to administer Tibetan monastic societies in general and recognition of reincarnations in particular for its political interests.

Furthermore, the communist party’s officials these days have frequently propagated distorted narrations about Tibet’s reincarnation system, especially about the reincarnation of His Holiness the 14th Dalai Lama, to Tibetans in Tibet through workshops, conferences and public speeches.” So, “while rejecting any sort of interference from any party who doesn’t believe in rebirth,” the Kashag “reiterates His Holiness the Dalai Lama’s personal authority in taking the complete decision about His Holiness’ reincarnation as per the successive instructions of His Holiness since 1969, and the announcement circulated on 24 September 2011.”

The prophecy is uttered, and the message is clear. Since the CCP has been suspected of trying to install a false Dalai Lama when Tenzin Gyatso will die, the Dalai Lama promises to live 16 more years as the supreme guarantee of the survival of Tibetan Buddhism and Tibetan identity. Then, the reincarnation system may be the victim of the next bloodless self-immolation by the highest authority in Tibetan Buddhism, to save Tibetan Buddhism from the CCP’s atheistic persecution.