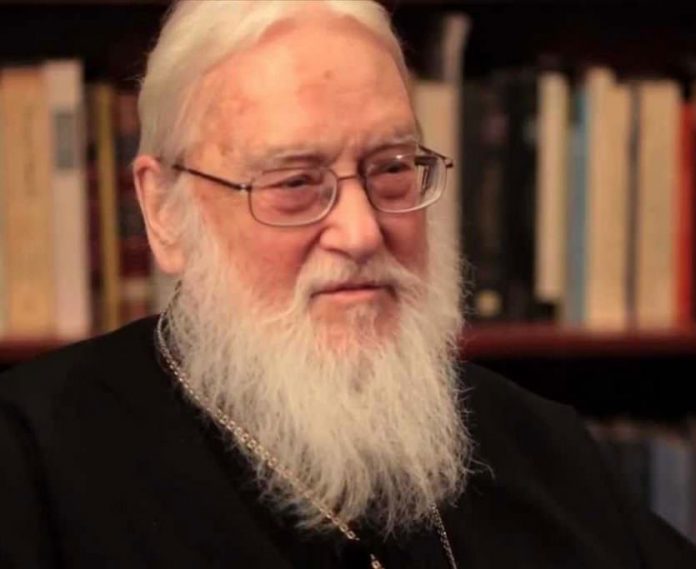 Metropolitan Kallistos (Ware) of Diokleia passed away today, August 24th, 2022. He was the Co-Chair of the International Commission for Anglican-Orthodox Theological Dialogue (ICAOTD) from 2009 until 2016. He was appointed to this position by the Ecumenical Patriarch Bartholomew and served the Commission with outstanding theological wisdom and with great joy and humor.

Metropolitan Kallistos had long held a reputation as an internationally renowned theologian and scholar of Orthodoxy when he joined ICAOTD. He had great experience of ecumenism, serving on the dialogue with the Roman Catholic Church as well, and he understood Anglicanism well.

In 2015 the Commission published ‘In The Image and Likeness of God: A Hope-Filled Anthropology’. This Agreed Statement has been well received and brings depth and beauty to a common theological anthropology that enriches both Communions. Much of its success is due to Metropolitan Kallistos’ wisdom in guiding the shaping of the texts.

Members of the Commission wish to record their gratitude to God for the life and ministry of Metropolitan Kallistos of Diokleia, and to send their condolences to His All-Holiness, Ecumenical Patriarchate of Constantinople.