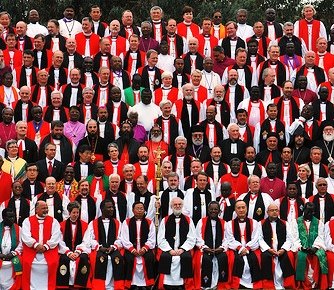 THE prophet Ezekiel was given an assignment that even the mighty Mark Steyn of GB News might decline.

Ezekiel, a former priest in the Jerusalem Temple who prophesied to the Jewish exiles in Babylon from 593 BC to 571, was told by the Lord God Almighty: ‘I send thee to the children of Israel, to a rebellious nation that hath rebelled against me: they and their fathers have transgressed against me, even unto this very day. For they are impudent children and stiffhearted. I do send thee unto them; and thou shalt say unto them, Thus saith the Lord. And they, whether they will hear, or whether they will forbear, (for they are a rebellious house,) yet shall know that there hath been a prophet among them’ (Ezekiel 2v3-5 – Authorised Version).

Ezekiel’s role as a ‘watchman’ (Ezekiel 3v16-27) charged with warning the wicked to turn back to the Lord involved lying prostrate, his legs tied down with ropes, on his left side for 390 days in front of a mock-up of the city of Jerusalem. The Lord commanded him to take a clay tablet and draw a picture of Jerusalem on it and then to ‘lay siege against it, and built a fort against it, and cast a mount against it, and set battering rams round about’ (Ezekiel 4v2). The prophet then had to lie on his right side for a further 40 days.

The Lord told him the purpose of this eccentric and physically taxing assignment, which in 21st century Britain would have got him into trouble with the health and safety Stasi: ‘Therefore thou shalt set thy face toward the siege of Jerusalem, and thine arm shall be uncovered, and thou shalt prophesy against it’ (Ezekiel 4v7).

Ezekiel was among 10,000 Jews deported to Babylon in 598 by King Nebuchadnezzar, who left the remaining population of Judah under the charge of a puppet king, Zedekiah. When Zedekiah rebelled against Babylonian rule, Nebuchadnezzar attacked Judah in 589 and laid siege to Jerusalem for two years, eventually sacking it in 587 and destroying the magnificent temple where Ezekiel had ministered.

Ezekiel was thus tasked to proclaim divine truth in word and deed with no guarantee that any of his listeners would take the blindest bit of notice.

Echoing Ezekiel’s calling, the Book of Common Prayer’s Ordinal (its liturgy for the ordering of deacons, priests and bishops) describes ordained Anglican ministers as ‘messengers, watchmen, and stewards of the Lord; to teach and to premonish, to feed and provide for the Lord’s family’.

Today around 650 bishops from the worldwide Anglican Communion are meeting in Canterbury for the Archbishop of Canterbury’s Lambeth Conference running from last Tuesday, July 26, to August 8. Already the organisers have surrendered to a fierce campaign by woke Western Anglicans from Britain and America to prevent the reaffirmation of a resolution passed by the Lambeth Conference in 1998 which defined marriage as between one man and one woman for life.