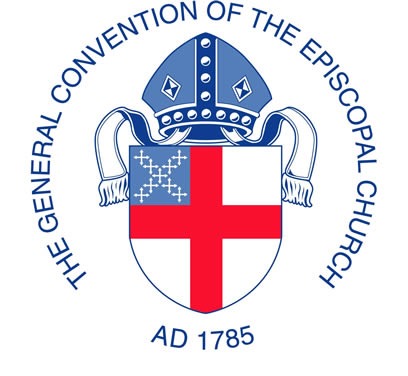 We write to you concerning three related matters of great concern that must be addressed at General Convention 2022.

First, we want to thank Presiding Bishop Michael Curry for approval of the settlement by Washington Diocesan Bishop Mariann Budde, initiated by retired Diocesan Bishop John Chane, with the Vestry and Congregation of Christ Church Accokeek, Maryland (Accokeek) in its request to leave The Episcopal Church, USA (TEC) with its property.

The American Anglican Fellowship (AAF) was involved from the very beginning in Accokeek’s heartbreaking dispute with acting Diocesan Bishop Jane Dixon. Her rejection of Accokeek’s duly elected Rector, Father Samuel Edwards, led her to file a personal secular lawsuit to remove Father Edwards after he was cleared of all her charges by his own Diocese of Ft. Worth. The lawsuit drew national and worldwide attention. AAF later discovered that Bishop Ron Haines and Bishop Dixon during their combined 12-year tenures had interfered with the Vestry calling of many qualified candidates because they were white heterosexual males. Five senior wardens of different parishes reported this evidence. Accokeek was one of those parishes.

We knew the good people of Accokeek and were aware of their love for Jesus and courage to stand for their faith. After Bishop John Chane was elected, AAF met with him and his Chancellor, Paul Cooney regularly. We became friends even though we disagreed on several issues. We encouraged them to meet with the Accokeek Vestry to find that they were not the mean-spirited people described to them but good, faithful Christians who loved Jesus and wanted the freedom to elect a rector of their choosing. In 2021, Accokeek chose to leave TEC to join the Anglican Church of North America (ACNA). To their credit, Bishops Chane and Budde allowed that departure to occur.

Second, we remain very concerned about the numerous and costly litigation in secular courts by TEC and other dioceses against those parishes which also wanted to depart TEC with their property owned in fee simple. Such diocesan initiated litigation occurs because of the Dennis canon which says parish property is held in trust by the diocese regardless of whether the parish had ever given its written consent or had knowledge of such an arrangement. This status was created in 1979 by General Convention’s passage of the Dennis Canon (Canons 1.7.4 and 1.7.5).  To enforce this canon, previous Presiding Bishop Katharine Jefferts-Schori and her assigns (various bishops) initiated litigation in secular courts in violation of Canon IV.19.2, which existed prior to the Dennis canon and still exists, which states:

Nevertheless, since passage of the Dennis canon in 1979, eighty-four secular lawsuits have been filed against those dioceses, parishes, clergy, and volunteer vestry members seeking to depart TEC and their dioceses with parish property to which they held title. These lawsuits were filed in sixteen states: California, Colorado, Connecticut, Florida, Georgia, Illinois, Massachusetts, Nebraska, New York, Ohio, Pennsylvania, South Carolina, Tennessee, Texas, Virginia, and Wisconsin.

Over forty of the lawsuits reportedly involved personal actions against parishioners who voluntarily served as vestry members or other leadership positions. We understand that in some cases, the Presiding Bishop and various bishops seek personal assets of these parishioners for monetary punitive damages, which undoubtedly causes undue and unjust personal financial hardship and mental suffering. The current estimated cost for TEC’s litigation exceeds an estimated $62 million dollars!

We are equally concerned about the status of those faithful Episcopalians still within TEC who, by reasons of conscience and faith, cannot accept TEC’s new standard on sexual conduct. We believe the 2022 General Convention should reconsider TEC’s rejection of the mainstream interpretation of Scripture and Tradition and honor the 1998 Lambeth Conference Resolution 1.10 that upheld the traditional interpretation of Scripture and “rejected homosexual practice as incompatible with Scripture.”

Third, this litigation violates Canons IV.4.1 and I.4.5 for Abandonment of Communion and Canons III.12.7, III.7.8, III.9.8 and IV.4.1(g) by abusing the Renunciation, Release and Removal canons by claiming “implied renunciation” by those clergy who have left TEC for the ACNA when written renunciation by such clergy is required by the canons. By these actions, TEC and many dioceses have extinguished the right of more than seven hundred clergy and fifteen bishops to exercise the gifts and spiritual authority conferred by their ordinations to other Anglican Church bodies where they have sought to transfer. We believe these actions should be dropped, and the retirement pensions and other benefits of these bishops and clergy restored.

The litigation and punitive administrative actions described above are a discredit to all as they contradict (1) Christ’s teaching to be charitable and loving towards fellow Christians (Mt. 5:43-48); (2) apostolic instructions not to sue other Christians (1 Cor. 6:1-7); (3) policies of past Presiding Bishops to allow parish departures with property; and (4) practices of other denominations (e.g., Presbyterian and Lutheran).  When the Israelites were called by God to leave Egypt, they were allowed to leave with their property (Ex. 12:31-36).  TEC should do nothing less. With departing parishes, TEC should have the spirit of Gamaliel — if it is God’s will, these parishes and TEC may someday re-unite (Acts 5:38-39).  In the Civil War, TEC split between North and South.  After the war, parishes and dioceses re-united.

There can be little doubt that most Episcopalians are deeply troubled by TEC’s litigation and want to put an end to the madness of Christians suing Christians and wasting millions of dollars of church funds. The parishioners and clergy departing TEC are not mean-spirited people, but as Bishops Budde and Chane recognized at Accokeek, they are fellow faithful Christians acting out of Christian conscience.

TEC’s litigation is a wrong that must be made right. We urge you to act at General Convention (July 8-11) in Baltimore, Maryland to ensure that the Convention repeal the Dennis Canon and replace it with some process of arbitration so that parishes can find resolution to their issues in a process of arbitration, and if not, to allow such parishes to depart in Christian love, charity and friendship. We believe replacing the Dennis canon with a canon of mediation will improve relationships within TEC and help TEC retain its members and parishes. To that end we respectfully enclose a proposed new canon. We pray it or something similar will be considered and approved at the 80th General Convention.

Bishop ______________ hereby proposes that the 80th General Convention repeal Dennis Canon I.7.4 and I.7.5 (enacted in 1979) because it violates Canon IV.19.2, and its implementation has caused discord within the body of the Episcopal Church [TEC], and that we do so by passage of the following resolution:

Resolved, the House of Deputies concurring, that the 80th General Convention hereby repeals Dennis Canon I.7.4 and I.7.5, enacted in 1979, and be it further

Resolved, that should any parishes consider departing its diocese and TEC, that the diocesan Bishop shall appoint a conciliatory group to (1) mediate the reasons why the parish is considering departure, and (2) provide a solution for retaining that parish. This process shall be commenced within thirty (30) days of receiving notice from the parish of a desire to depart, and the mediation process shall not exceed six months. If no rapprochement can be found during that period, the parish will not be barred from separating from its diocese and TEC with all its real and personal parish properties.

Dennis Canon I.7.5 provides that, “The several Dioceses may, at their election, further confirm the trust declared under the foregoing Section 4 by appropriate action, but no such action shall be necessary for the existence and validity of the trust.”

Further, if a parish invokes this process to leave its diocese and TEC, it shall be remembered that Canon IV.19.2 provides that: