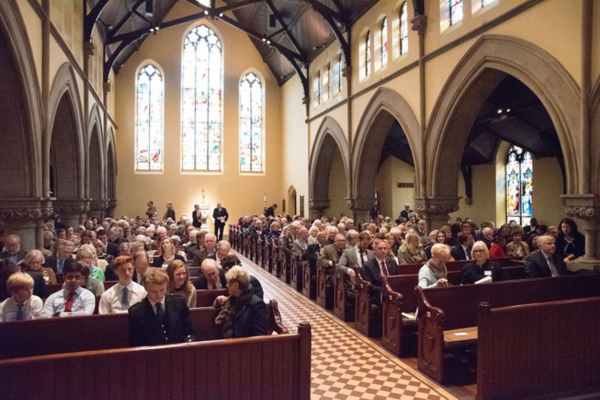 When I began the Surviving Church blog in 2013, I thought of it as an attempt to help and support many wounded Christians who, for various reasons, had fallen out of love with the Church.  I was not at the beginning thinking politically in any way.   The ‘victims’ at that time were mainly those who had fallen under the spell of charismatic/narcissistic leaders who were bent on personal enrichment or other forms of gratification.  The motives of these exploitative leaders were simple and could easily apply to anyone who takes a position of institutional power.  Abuse falls into one or more of three categories.  Speaking generally, leaders abuse in order to obtain the gratification that is afforded by money, power or sex.

In my early years of writing, I particularly found myself wanting to help the few who found their way to my blog with some ‘sensible’ teaching on how to read Scripture.  By sensible I was simply trying to share a little of the scholarly approach to the Bible that was part of the way that universities taught it in the 60s.  I had benefitted from eight years full-time theological education in my youth.   Was it not now time to give back a little of the fruits of all that time and reading?   It was clear to me that fundamentalist approaches to the text of the Bible simply caused endless unsolvable problems for a reader.  A little bit of scholarly insight could unlock some of these intractable dilemmas.   As an example, I found myself discussing the story of Noah and the inexplicable (for the conservative reader) shift in recording the numbers of each animal-type which entered the Ark.  Was it two or was it seven?

As time went on, it became clear that abusive power was being exercised over some individuals in the church not only in the way the Bible was being taught to them.  A misuse of power was being found in churches of all kinds, not just in conservative evangelical churches.  To see how it was gradually dawning on me that that power had far wider toxic tentacles than ‘abusive’ bible teaching, a reader needs to refer to my posts of 2015.   In that year I returned repeatedly to the life and times of Trinity Church Brentwood and its leader Michael Reid.  Another character that also attracted my attention was the bishop of the Diocese of Sabah in Malaysia.  In both situations there were extensive corruptions of power.  An issue in covering these and other abuse stories was that it was becoming increasingly clear that an abusive incident was not necessarily just about individual misbehaviour.   An abusive act committed by one bad apple had the unfortunate tendency to corrupt many of the other apples in the barrel.  To expose or discuss evil in one place was perhaps to shed light on systemic institutional misuses of power.  I was beginning to see the way that an evil act committed by one individual frequently involved other people – whether they were bystanders or superiors.  This ‘political’ dimension in the case was always going to be unpopular when it was revealed.  Writing about the abuse of power that takes place within an institution will often be seen as a subversive threat to the whole institution where it takes place.  One example of the way that evil acts committed by a few became toxic to an entire institution was brought out in the IICSA hearings over the Diocese of Chichester.  The entire diocese was damaged by the activities of an area bishop and a group of sexually abusive clergymen.  The evil was not confined to those people.  A number of officials in the Diocese had their reputations undermined and a former Diocesan Bishop had his memory besmirched by his failure to act honourably and honestly in his dealing with the problem.  Damaged reputations matter to individuals and institutions.  Pointing out the obvious discrepancies in a narrative, which is the kind of thing that bloggers do, can be legally treacherous.  If a blogger suggests that a church leader has behaved less than honourably, the threat of defamation hangs over them.

I have only had four threats of legal action against me and Surviving Church.  Three were in reference to statements made by other people on this blog.  The fact that senior church leaders should employ legal personnel to scrutinise blogs like this one, in case we have allowed something through potentially defamatory is, in some ways, flattering. It is an indirect compliment that senior clergy think that the musings of a retired clergyman in the north of England have some influence.  It also suggests that our House of Bishops believe that the work of safeguarding can be controlled and furthered by the force of legal threats.  A fellow blogger is facing the threat of legal action at present.  In reading his reaction to this threat from a senior member of the Church of England, I realise that I am less robust than he is in facing such challenges.  The merest whisper of legal action has me instantly deleting offending sections or entire blogs. My reasoning tells me that the safeguarding narratives I record on this blog are not really my personal battles.  Others may have better access to information and personal testimony than me, and thus do a better job at promoting the struggle for justice and transparency.   I certainly recognise that I am less resilient in the face of legal threats than the ex-Dean of Christ Church, whose farewell sermon can, I hope, be read here tomorrow immediately after it is delivered.  I hope to include more material on this event when available, even though I will not be present in person.

Legal threats, heavy handed action by church officials towards bloggers all suggest a considerable degree of institutional panic.  One interpretation is that the Church is completely floundering in its response to the numerous crises about safeguarding and bullying on the church’s agenda at present.  The clunky response of threatening bloggers with legal action gives the Church and its bishops a thoroughly bad look especially in times of heavy financial pressure.  It may be gratifying for me to think that someone is actually being paid to read my musings; the same will not be true for the ordinary church member. They will resent the fact that funds are flowing to expensive legal companies to pay for vanity litigation. Does Joe Public actually care what blogger A thinks of Bishop B? Would the Church not look better if it prioritised helping its ordinary clergy pay their fuel bills?

The recent outpourings of Martyn Percy in The Times and elsewhere following his departure from Christ Church and the Church of England, show he feels failed in his search for institutional justice.  He raises a wide range of safeguarding problems in the Church as well as other issues around leadership that currently face the Church of England.  Whether or not we take sides in the dispute between Percy and the College and the Church, it is clear that in having two powerful institutions ranged against him, the reputation of both these bodies has been severely undermined.  Not for the first time is the Church seen to be using its power in a heavy-handed way, The four-year persecution of Percy, while not initiated by the Church, does not seem to have elicited anything in the way of compassionate assistance from the Diocese of Oxford.  Indeed, the opposite appears to be true.  Throughout the process, both Percy and his supporters seem to have attracted the hostility of the diocese.  In this, the bishop and his staff seem to have forgotten large sections of the Scriptures they claim to follow.  Somehow the wider Church (and here we are particularly talking about the Church of England) seems to have lost the ability and knowledge of how to make its clergy and people feel safe.  Safety is something you feel when you are in a place or with a person you can completely trust.  Martyn’s departure from the CofE has indicated that he no longer trusts or feels safe in his old church.  If that sentiment ever becomes widespread in the Church, it could mark the beginning of the end of our national institution, the CofE.  Legal threats by bishops and solicitors writing letters to bloggers may be small things in themselves, but they suggest a leadership culture unable to retain power without creating a miasma of fear.   That is not a Church that I, and I suspect many others, want to be associated with.