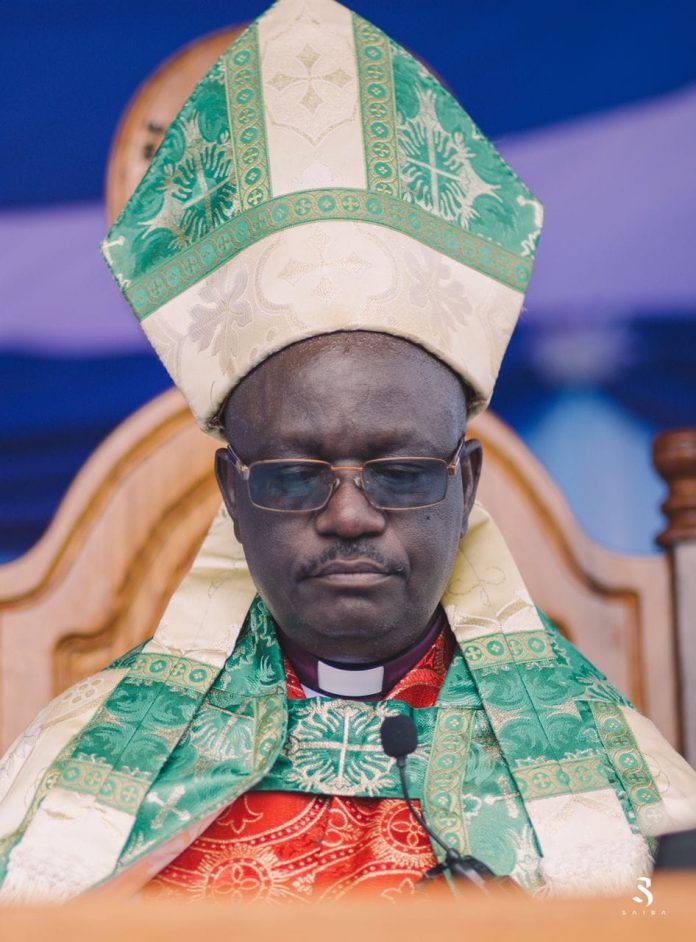 The 14th diocese of the Anglican Church of the Congo was inaugurated on Sunday and its first bishop installed. On 8 May 2022 the Rt. Rev. Christophe Kangamina Sadiki was consecrated as the first bishop of the Diocese of Kalima.

The new diocese was carved out of the northeastern portion of the diocese of Kindu in the Pangi Territory in the province of Maniema in the Eastern Congo.

The archbishop of the Congo, the Most Rev. Georges Titre Ande presided at the service of consecration in the town of Kalima.

The oath the new bishop took, according to Radio Okapi, translated from French was:

“I, Christophe Kangamina Sadiki, called to be bishop of the diocese of Kalima, promise from now on to guide, guard and protect the doctrine of justice and freedom of the Anglican Church of Congo throughout the diocese of Kalima; to serve truth and love in fidelity; without being above the inheritance of the Lord but in everything being a good example for the sheep of Christ. May God be a help to me.”

Archbishop Ande’s charge to the new bishop was:

1987: State Diploma in Social Technical Humanities at the JUHUDI Institute in Kindu.

1995: Certificate of success in the 4th letter program at Kisangani Diocese Biblical Institute.

2000: Graduated in Theology at the Anglican Higher Theological Institute (ISThA/BUNIA)

2001: Certificate of Facilitator of the Theological Education by Extension (E.T.E.) Program2004: Bachelor of Theology at the Higher Institute of Theology of Bunia (ISTB)

In August 2005 he was the Administrative Secretary of the Personnel and the Diocesan Lieutenant of Kisangani.

In 2007, he was appointed by the College of Bishops as a First-Rank Assistant and Chaplain at the IThA.

In March 2011, he was raised with dignity to the rank of Venerable by the synod of Kisangani diocese.

In 2012 he was appointed Dean of the Faculty of Theology.

In 2017, he is appointed vice-chancellor of the Anglican University of Congo.

On December 18, 2021, he was elected by the electoral synod of the Diocese of Kindu as a bishop candidate of the new Diocese of Kalima.

08 May 2022: Sacre and Intronization as 1st bishop of the 14th Diocese of the Anglican Church of Congo.