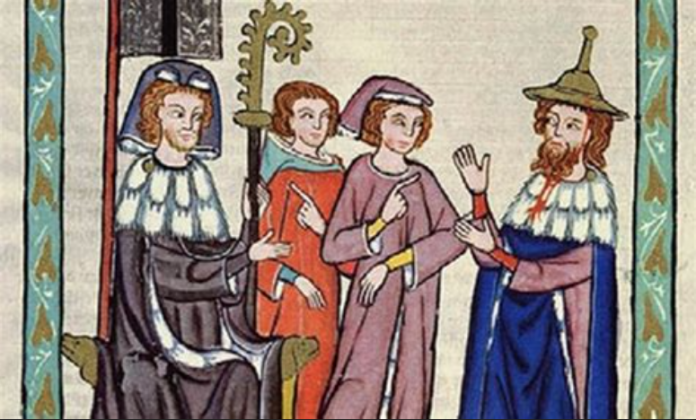 The Church of England has apologized for the expulsion of Jews from England in 1290. On 9 May 2022 at a service held at Christ Church Cathedral in Oxford, a representative of the Archbishop of Canterbury, the Most Rev. Justin Welby, apologized to Britain’s Chief Rabbi Ephraim Mirvis for the decrees passed by the Church’s 1222 Synod of Oxford.

That synod issued a series of anti-Semitic decrees that compelled Jews to wear identifying badges, banned them from certain occupations, forbade social interactions between Christians and Jews, and banned the building of new synagogues.  The rules were adopted following the decrees of the Fourth Lateran Council in 1215. In 1290 the Jews were eventually expelled from England by King Edward I.

A press release by the Diocese of Oxford stated; “Our intention is for this commemoration to be a strong signal of such rich potential, reflected in the depth of interfaith encounter and service that increasingly exists in Oxford and across our society.”

Archbishop Welby wrote in a tweet: “Today’s service at Oxford Cathedral is an opportunity to remember, repent and rebuild. Let us pray it inspires Christians today to reject contemporary forms of anti-Judaism and antisemitism and to appreciate and receive the gift of our Jewish neighbors.”