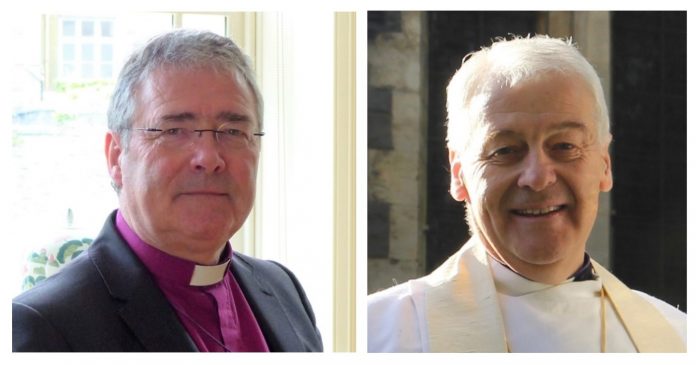 Receiving the consecrated wine in the Holy Communion by means of the Common Cup (Chalice) is the norm in the teaching and tradition of the Church of Ireland and in the Anglican Communion in general. However in light of public health advice issued at various times during the Covid–19 Pandemic, the House of Bishops circulated guidance, first on the spiritual efficacy of receiving Holy Communion in One Kind, and subsequently giving permission for the use of individual cups in strictly regulated circumstances.

Mindful of the unambiguous injunction contained in Article 30 of the Thirty–Nine Articles of Religion, we took these decisions reluctantly and with the stated intention of a return to the Anglican norm as soon as it was considered safe to do so, following independent advice, as has been our practice throughout the pandemic.

With the general phasing out of restrictions in most social settings, the House of Bishops has sought independent expert scientific advice on the return to the use of the Common Cup in Holy Communion.  The advice we have received is that such a return would be reasonable now, especially in a vaccinated population and where anyone displaying symptoms of Covid–19 is encouraged to stay away from church services.

We have also been advised that wiping the rim of the chalice between each communicant (preferably with a linen cloth) will reduce the bacterial burden by up to 90%. Needless to say, great care should be taken in the cleansing of linens (purificators, corporals) and vessels (flagons, cruets, chalice, ciborium, lavabo etc.) before and after Holy Communion.

The Bishops received this scientific advice prior to the recent meeting of the House of Bishops and, with great joy, returned to the use of the Common Cup at our celebration of the Eucharist on that occasion.

We realise that a general return to the Common Cup in Holy Communion will take time to achieve. Many of us were taken by surprise at how rapidly most social restrictions were relaxed or completely removed, and have continued to practice our own forms of mitigation and self–restraint, so there will be those who will be cautious about receiving communion from a chalice.

There will be local factors which will need to be taken into account, as there have been for other forms of Covid mitigations. At present there is no cut–off point at which either Communion on One Kind or using individual cups should be replaced by the use of the Common Cup. However, we would urge parishes to give some thought as to how the return to our norm, without undue delay, will be achieved in in a manner that creates sufficient confidence to allow that moment to be genuinely joyful. In the meantime, no new permissions will be given for the use of individual cups.

Finally, we would emphasise that while no individual communicant should feel under immediate pressure to drink from a common vessel, the expert advice is clear in its implication that there is now no pressing reason to withhold the shared cup from faithful people who earnestly desire to partake of it.